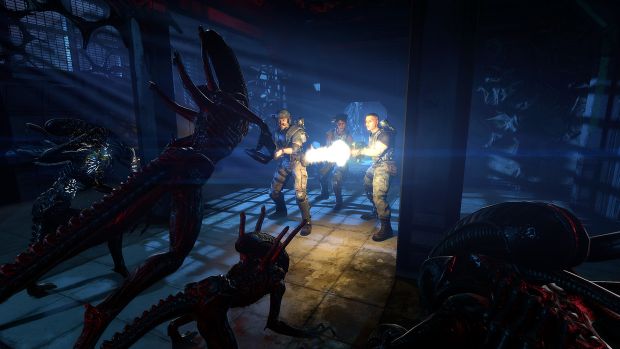 Just when you thought you were out, they pull you back in. As the drama surrounding the Aliens: Colonial Marines release seems to have faded from headlines, it looks like it’s back in full effect, following a class action lawsuit against Gearbox and Sega. Most of you know the story, and some of you might even be as salty as they folks involved, but is anyone actually expecting this particular suit to go anywhere? I think Dtoid Mod Tristrix summarized it pretty well, “There’s a valid suit to be filed here, but this isn’t it.”

Today, Batgirl is quasi-confirmed as Injustice DLC thanks to a little marketplace error, and Jayson snags a pretty nice exclusive look at some mixes from Starcraft II: Heart of the Swarm. Taylor brings us her thoughts on the “nerd” label, and NPD places the number of online gamers at 72% of the market.

Offbeat:
Monster Rancher anime gets a boxset release
Console vs. PC: The line has been drawn!
Someone already remade the GTA V trailer in San Andreas