The Curse of Issyos is the newest game from indie developer Locomalito, known for releasing a ton of cool freeware games like Hydorah, Maldita Castilla, and L’Abbaye des Morts. He started this particular project back in 2010, but it was put on hiatus after he began working on Maldita Castilla.

His newest project takes inspiration from 8-bit games of old like Ninja Gaiden, Vampire Killer, Rastan, and Kenseiden, as well as the special effects of Ray Harryhausen movies. If you’re already familiar with Locomalito’s games, then you probably know a bit about what to expect: 8-bit graphics, high levels of difficulty, a chiptune soundtrack by Gryzor87, and as always, it’s entirely free!

The story of The Curse of Issyos follows Defkalion, a fisherman from Issyos who hears the voice of Athena warning him about a curse affecting the isle. Worried about the safety of his daughter, Defkalion hurries back home to protect his only remaining family member. 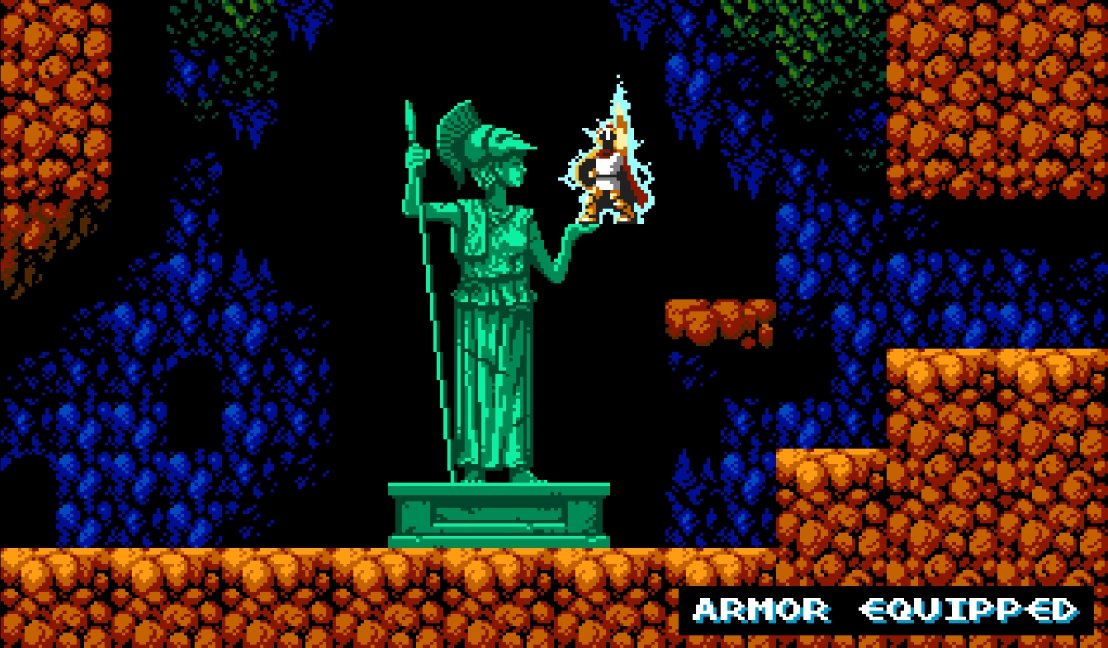 On his quest, Defkalion will have to fight off hordes of monsters and giant bosses, including cyclopes, hydras, and minotaurs, with a limited arsenal of weapons. He can swap between a quick, short-range sword and a slow, long-range spear. I vastly preferred the spear myself, but the sword can be useful in certain situations. There are also arrows which can be fired by holding up and attacking, in order to pick off pesky enemies from afar.

As usual for a Locomalito game, the biggest hurdle is the level of difficulty. He likes to use old-school difficulty mechanics. Players will need to beat the game with three lives and four continues, and finish each level under the time limit. Some extra lives can be found as well.

It’s a hard game, but it feels very fair. You have plenty of time to watch and react to new enemy types, and bosses tend to project which attacks they’re about to use, so there’s nothing that should really take the player by surprise. It’s all about watching and learning, and then skillfully pulling off attacks at the right moment. I was able to make it all the way to Medusa’s lair on my first attempt, but I never made it to the end. Victory seemed so close, though, I could feel it!

The Curse of Issyos will be available December 15 for PC (or right now, for anyone who has donated to the developer), and can be downloaded for free over at Locomalito’s website.