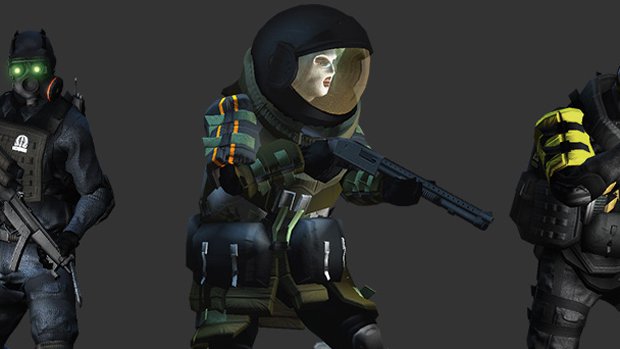 [This is the fourth in a series of five guest blogs from OVERKILL Software creative director Simon Vicklund about the forces that stand between you and incalculable wealth in Payday: The Heist, coming soon to PlayStation Network. Read previous installments [1,2,3] and stay tuned to Destructoid as we continue this series up to the release of Payday on October 18th]

Hi again! Today we’re going to talk about the Bulldozer. That’s this guy.

He is called the Bulldozer because he can smash through any defense, demolish the opposition and crush all hope. The need to “tag” certain enemies so that your teammates can easily see them and help you in taking them out, is never more urgent than when a Bulldozer crashes your party!

After a drawn-out hostage scenario, you can almost imagine what’s been going in the police force’s makeshift liaison central outside the bank: The law enforcement have brought EVERYONE: Police officers, FBI agents, SWATs… but nothing seems to be able to take down the robbers. 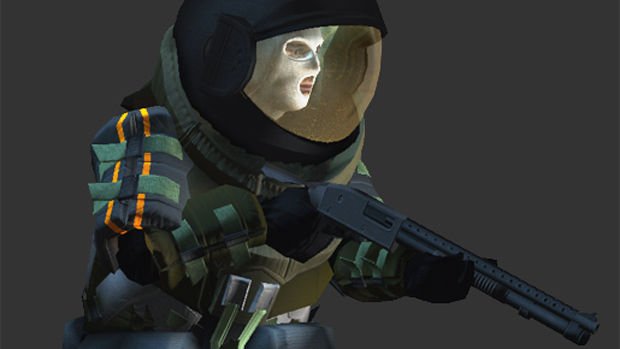 They’re ready to give up, when someone says he just though of a way to kick the “brute force” lever up yet another notch: Bring in the most bad-ass individuals available in the force, put ’em all in bomb suits and give ’em a massive shotgun – then see who’s boss!

And trust us, when one of these guys steps into frame you’d best get walls and/or furniture between you and him as fast as humanly possible. This guy has no fear, and will walk up to you – or even run! (you’d be surprised by how fast he can move despite how bulky he is) – and unload his shotgun wherever it hurts the most. And he sure doesn’t care if you’re alone or backed up by your team!

What’s nice is that if you’re together, you can at least concentrate your firepower and wear the Bulldozer down quickly. Effective strategy alternative #1: Focus on the yellowish glass around his face – that’s the weakest point (you’ll learn to love the sound of that glass breaking). Effective strategy alternative #2: Use trip mines! (As it turns out, the bomb suits don’t protect the wearer agaisnt explosives all that well!)

Return tomorrow to read about the special unit called the “Taser”.