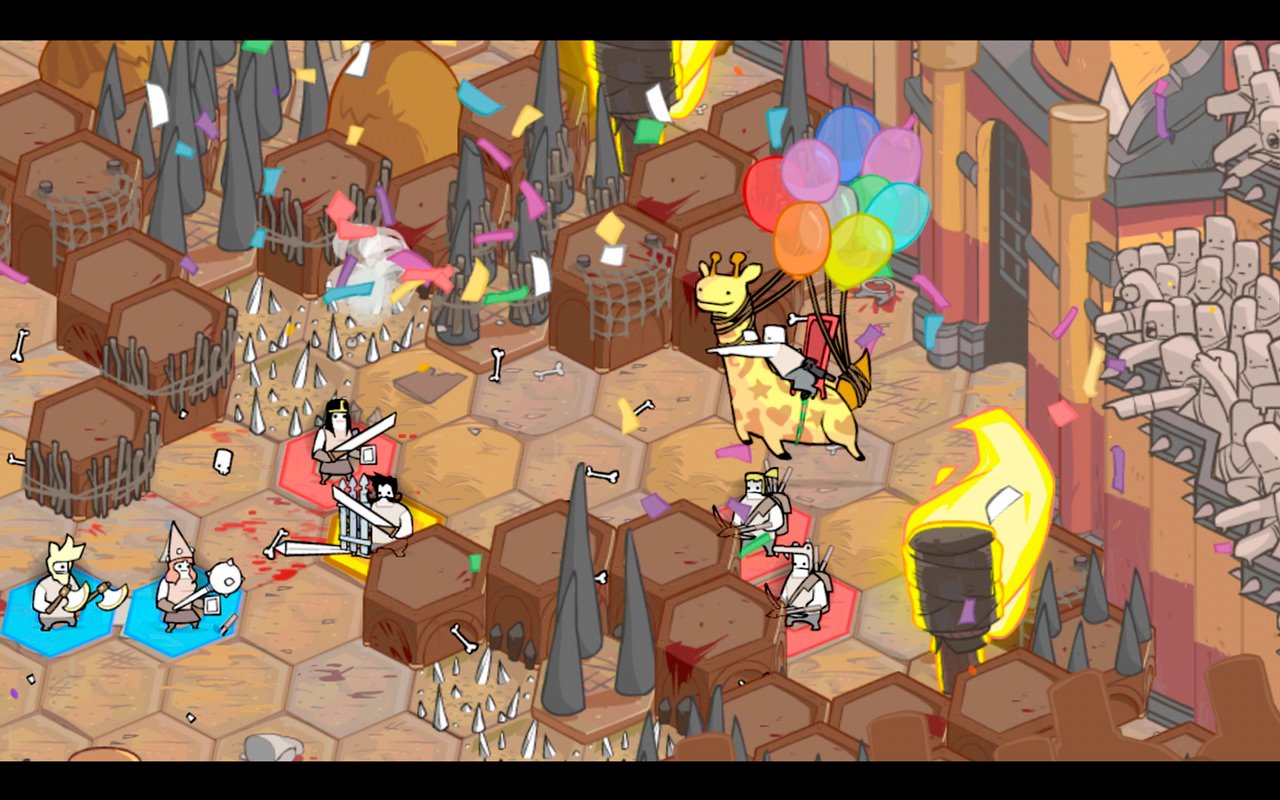 Castle Crashers and BattleBlock Theater developer The Behemoth is making a cooperative turn-based strategy game for Steam and Xbox One. For a long time there, it was tentatively called Game 4, but it finally became Pit People this year. It’s fun, funny, and a lot to take in.

There’s a free-roaming world map, which I dig, and a capture mechanic, which I dig even more. So many weird critters to recruit. This trailer ahead of PAX Prime is a peek at the madness.

For a more informative look at Pit People, you can watch the first 20 minutes.