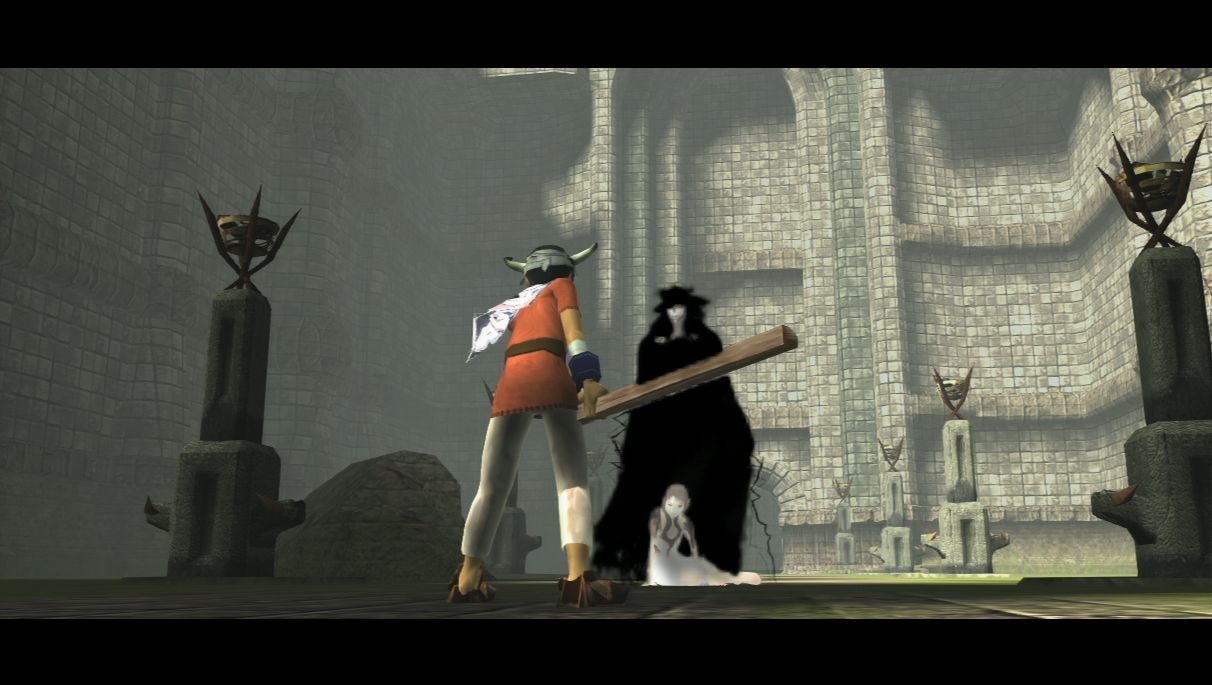 Video game writing is so bad, guys. I mean, most writing is bad. Most books are bad, most movies are bad, most television shows are bad, this article is bad. That’s just how it goes. But games have a long history of not even hiring writers, let alone good ones.

So it’s a good thing that Fumito Ueda is the opposite of Hideo Kojima and subscribes to less being more (cliche). Of 115 original subtitle cards, only 38 make it into the game. Over 70% were cut. Editing it important.

GlitterBerri’s translation, which is translated directly, so it differs from the localized English translation, also deciphers Yorda’s non-English dialogue. And much of what was left out is so superfluous, so unnecessary (“Nice to meet you, Yorda! That thing might come back
again, so let’s hurry.”), I’m quite glad to have it cut.

Though some of what was cut, while still not necessary, does shed more light on the obscure story, bits about the Queen calling Yorda her “sole heir,” and Yorda’s exclaiming a possibly figurative “You are not my mother.” Still, final product is an impressive exercise in restraint that more games could use rather than having combat barks and filler dialogue just to traipse about our earwax.