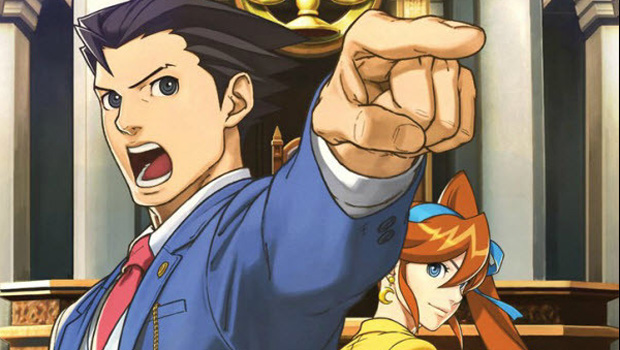 One of the absolute worst things about coming to Japan and not knowing the language is being faced with the opportunity to play a new game from a series you love and not understand a goddamn thing that’s going on. Such was the case when I took Ace Attorney 5 for a spin at Tokyo Game Show.

I can’t speak to the lengthy dialogue exchanges, or the story, or the evidence or the characters, because I don’t have a clue about any of it. It’s pretty much the worst game ever if you can’t read. But let me assure of one thing: It’s friggin’ gorgeous.

It’s the first game for the 3DS that I can say with all seriousness that I intend to play the entire way through in 3D. Capcom has made beautiful 3D models of all the characters, but you could be forgiven for thinking they were flat when not in motion due to cel-shaded art style. Once they begin gesturing and talking, however, the combination of the models and the 3D effect is captivating. I couldn’t stop staring at it but, perhaps more telling, I never even thought for a second to check and see how it looked with the 3D slider switched to the off position.

Capcom needs to hurry up and give a date for its North American release. Whenever that is, it still won’t be soon enough for me.