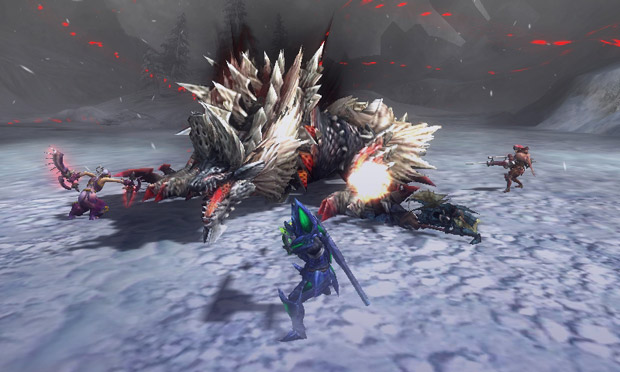 While Monster Hunter 3 Ultimate is due out on both Wii U and 3DS, these screenshots from Tokyo Game Show 2012 are for the latter version. In theory, it sounds nice to be able to play either one and pick up where you left off — especially since there are 200+ quests to tackle here — but man, the mere threat of buying two copies of a game at the same time is scary.

Thankfully, I’m not into Monster Hunter. I know some of you really, really are, and my heart goes out to your wallets. Look for Monster Hunter 3 Ultimate to release in both North America and Europe next March.