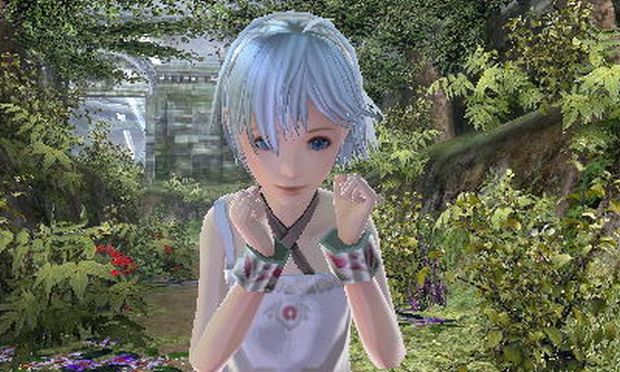 While waiting to play all the Metal Gear Solid games at the Konami booth here in Tokyo Game Show, I decided to try out Labyrinth no Kanata for the 3DS. It was the worst idea ever.

Basically, you’re following this really annoying dumb anime girl around a dungeon and she basically stops and talks to you every five damn seconds. You play as, well I don’t know what you are. Since the girl only talks when she’s facing the screen, I’m assuming the game is trying to present you the player as the other character “in” the game.

The controls are horrible and it feels like you’re stuck on a railroad as you go around the level. Then there’s the fighting system, which is the slowest thing ever. I don’t even know how I was attacking the enemies. I would press buttons repeatedly and something would eventually happen.

The final straw was when the dumb girl threw a rock at the enemies in an effort to help me. I thought it was kind of neat that the girl wasn’t just a dumbass who couldn’t do a thing. That is until I realized that the rock does NO damage to the enemies. Her throwing rocks serves no purpose. At all.

When I realized that, I put the 3DS down and walked away. Cool game, bro.