While my pal (and boss) Nick Chester is roaming around the halls of Makuhari Messe like a lost puppy, looking for anything that looks like Rock Band, I’m skipping around happily as a role-playing game fan. The 2009 Tokyo Game Show is a role-playing wonderland! Action gamers out there? There’s some good stuff, I guess. Sports fans? I hope you like soccer. Role-playing games are the big titles this year, so I’m in gaming heaven here. RPG fans, wish you were here.

We’ve run down some of the most prominent RPGs at the show this year. If you think you’re buried under a mountain of unplayed games, wait until next year!

Final Fantasy XIII (PS3, Xbox 360)
Quit with that ‘I’m so done with Final Fantasy‘ nonsense. You know you want this. I played the two brand new demos here at TGS, and while they didn’t let on much more in they way of storyline, they showed off plenty of game play features. Big summons, beautiful graphics, whispy hair. What else do you need?

Valkyria Chronicles 2 (PSP)
You loved the first one, which was closer to a sleeper hit in America. It’s a good thing that the Japanese ate it up. This sequel looks and plays fantastically on the PSP, so much so that you feel like you’re playing a continuation of the PS3 predecessor. This is how console-to-portable sequels should be done.

Persona 3 Portable (PSP)
We liked Persona 3 so much that we gave it our Editor’s Choice award last year. The only thing that could have made it better was some gender switching and portability. Luckily enough, Atlus felt the same way and put together Persona 3 Portable. Colette told us that P3P is more of the same, and that’s a great thing in my book. 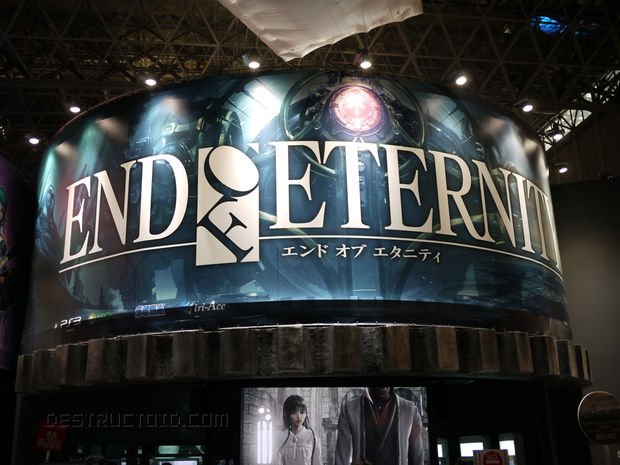 Resonance of Fate (PS3, Xbox 360)
Sega and Tri-Ace ditch the swords and magic for guns and grenades. Turn-based battles? Forget that. How about battlefields that you actually walk around? How about strategy and tactics? Aerial acrobatics and cool character and world designs are like icing on this unconventional cake.

Tales of Graces (Wii)
You can’t have a TGS without some kind of Tales series game making an appearance. The upcoming Wii title Tales of Graces is the one for this year. Colette says that this title is supposed to be over 70 hours long when it’s all said and done.

God Eater (PSP)
The PSP love continues with Namco Bandai’s contribution to the portable action role-playing craze. Forget Hunting Monsters; Eating Gods is where it’s at now. Great graphics, arenas with big beasts and the feeling that the PSP needs a second analog nub. It feels familiar, but its new and neat enough to be a new potential questing RPG to get immersed in.

White Knight Chronicles (PS3)
I know we’ve been this game at TGS for years now, but it’s finally coming early next year. We finally got a look at the upgraded online play, which now includes a fan-requested feature: voice chat. 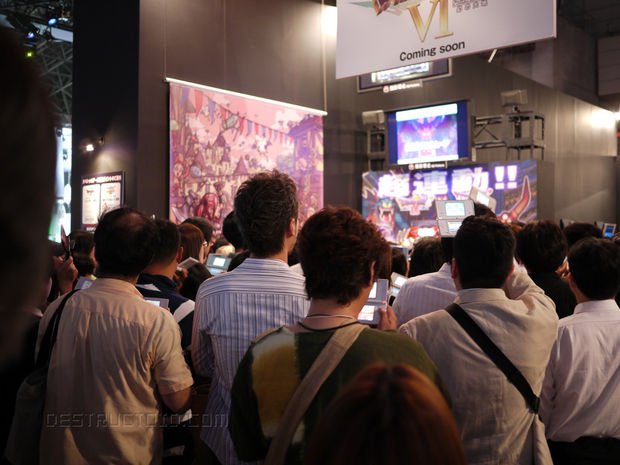 Square Enix’s RPG flood
Like Kingdom Hearts? Both KH: Coded and KH: Birth by Sleep were shown on the floor. Dozens of DS and DSi were held up in the air around the Dragon Quest area throughout the show in attempts to connect and acquire. Square Enix is also pushing Final Fantasy: Crystal Bearers again here. Final Fantasy Versus XIII is being worked on, as is Final Fantasy XIV. This one company alone will keep your role-playing schedule full for years to come.