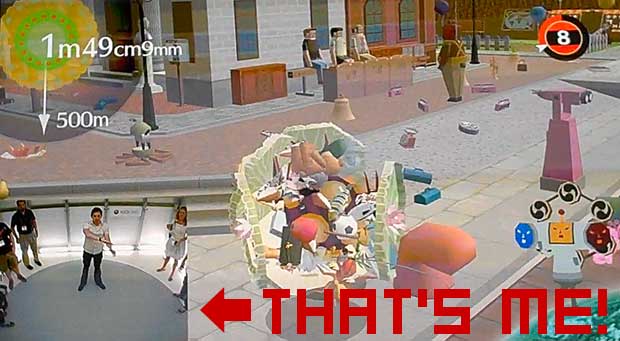 Back during E3 when Microsoft introduced Project Natal, one of their tech demos was a version of fit to work with the motion detecting hardware. For Tokyo Game Show, Microsoft brought along two other demos for the Japanese market — the Arcade title Space Invaders Extreme and Namco Bandai’s Beautiful Katamari.

When I asked Microsoft Games’ Kudo Tsunoda if it would be possible to “patch” existing games to work with Natal, his answer was clear — it’s not likely. While Microsoft was able engineer other publisher’s titles to work with the hardware, a significant amount of code had to be altered. With that in mind, a simple update wouldn’t be enough — a publisher would likely have to re-release the game in its entirety.

Disappointing news, considering how much easier than using a controller it was to play Beautiful Katamari. We’ll have video of that in action, along with more Project Natal impressions and thoughts soon.

Until then, check out out on video trying this thing: