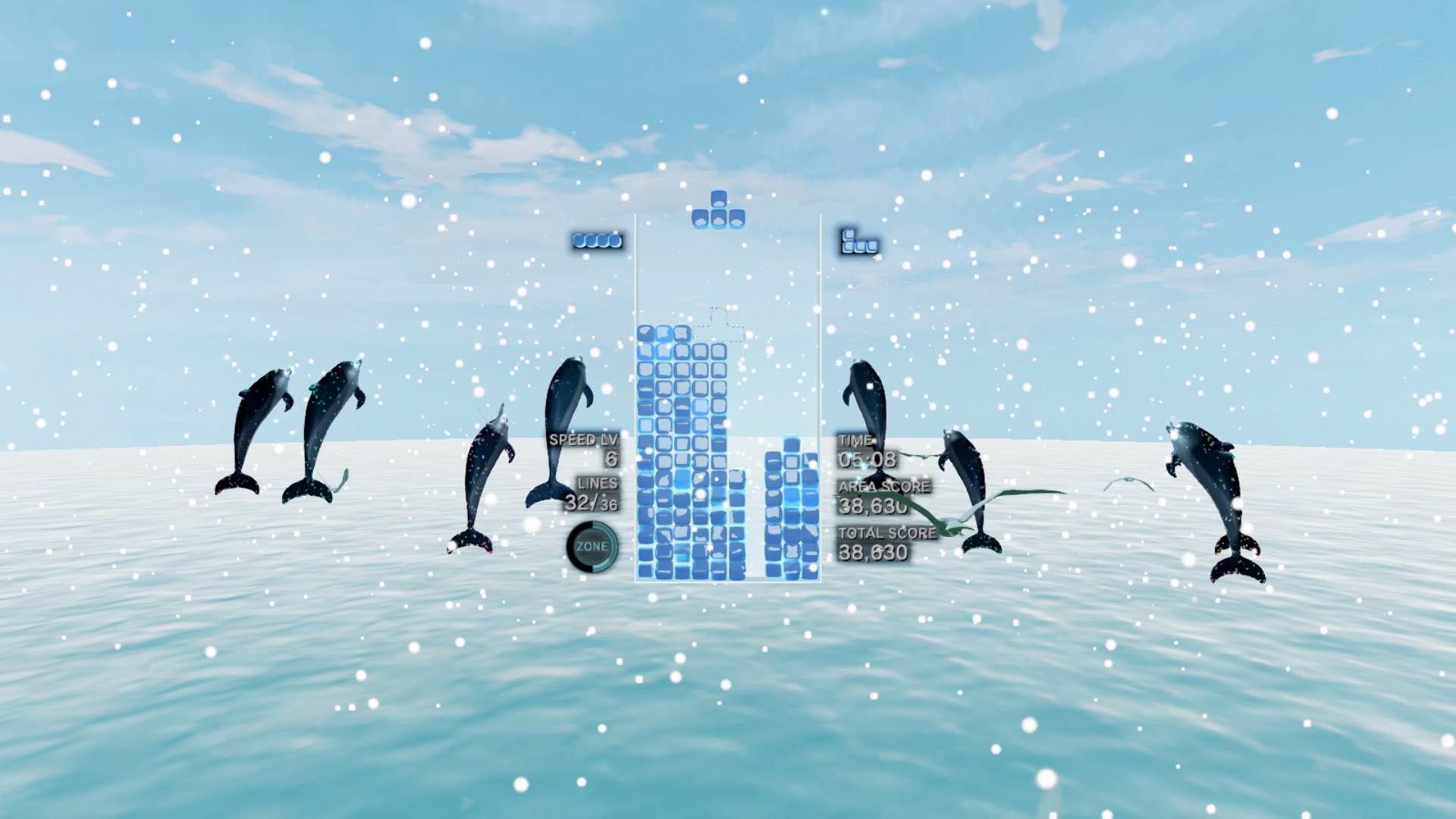 The Tetris Effect in the palm of your hands

The new Nintendo Switch OLED model is out today, with a bright new screen to light up those handheld play sessions. And just in time for a showcase of how good that screen can look is Tetris Effect: Connected, which also launched today for the Nintendo handheld.

This version includes both the original Tetris Effect and all its later-added Connected features. Alongside the main campaign and its stellar mix of visuals and music, there are also the many multiplayer modes like Connected co-op, Zone Battle, and Classic Score Attack. And already, just watching this trailer made a flood of memories come swimming back about how much I dug Tetris Effect the first time around.

The Nintendo Switch version of Tetris Effect: Connected also has cross-platform multiplayer between all platforms. This ranges from the Switch itself to PC via Steam and Epic, Xbox Series X|S, Xbox One, PlayStation 4, and even Oculus Quest. So yeah, your VR Tetris friends can compete too.

Tetris Effect: Connected is also getting a few Nintendo Switch-specific features. An additional vibration option adds an extra layer of vibration to the Tetris dropping. And there is support for any combination of Joy-Con configurations, so you can easily have everyone play along even if you don’t have a ton of Joy-Cons available.

For anyone who hasn’t played Tetris Effect yet, this is an obvious pick-up to get. It is a simply sublime experience, and one of my favorite ways to play Tetris. And for those who are also picking up an OLED Switch today, with its bright new screen, this seems like a good way to put it through the paces and see how big a difference the OLED makes.