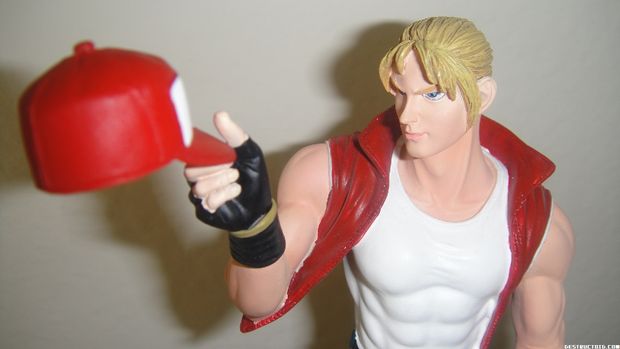 Along with our retail review copies of King of Fighters XII (officially out tomorrow for Xbox 360 and PlayStation 3), Ignition also sent over a Terry Bogard figure/statue, which arrived today.

The polyresin figure sits on base made to look like stone, Terry Bogard’s signature cap a separate accessory that fits nicely in its hand. However, trying to put the hat on its head is a lost cause — it simply doesn’t fit properly. No matter what you do. Better of, though — it’s likely to get knocked off during the King of Fighters tournament anyhow.

Hit the jump jump to see what I mean about the hat, and check some more images of the statue in our gallery. 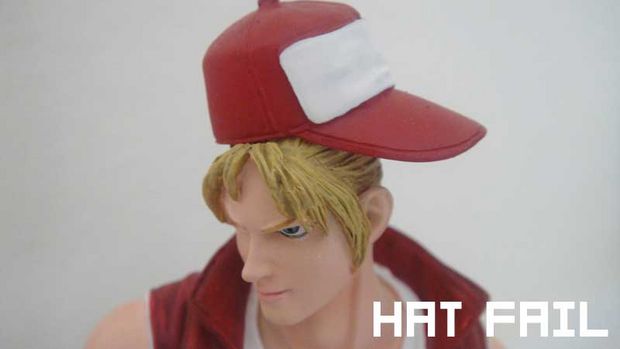