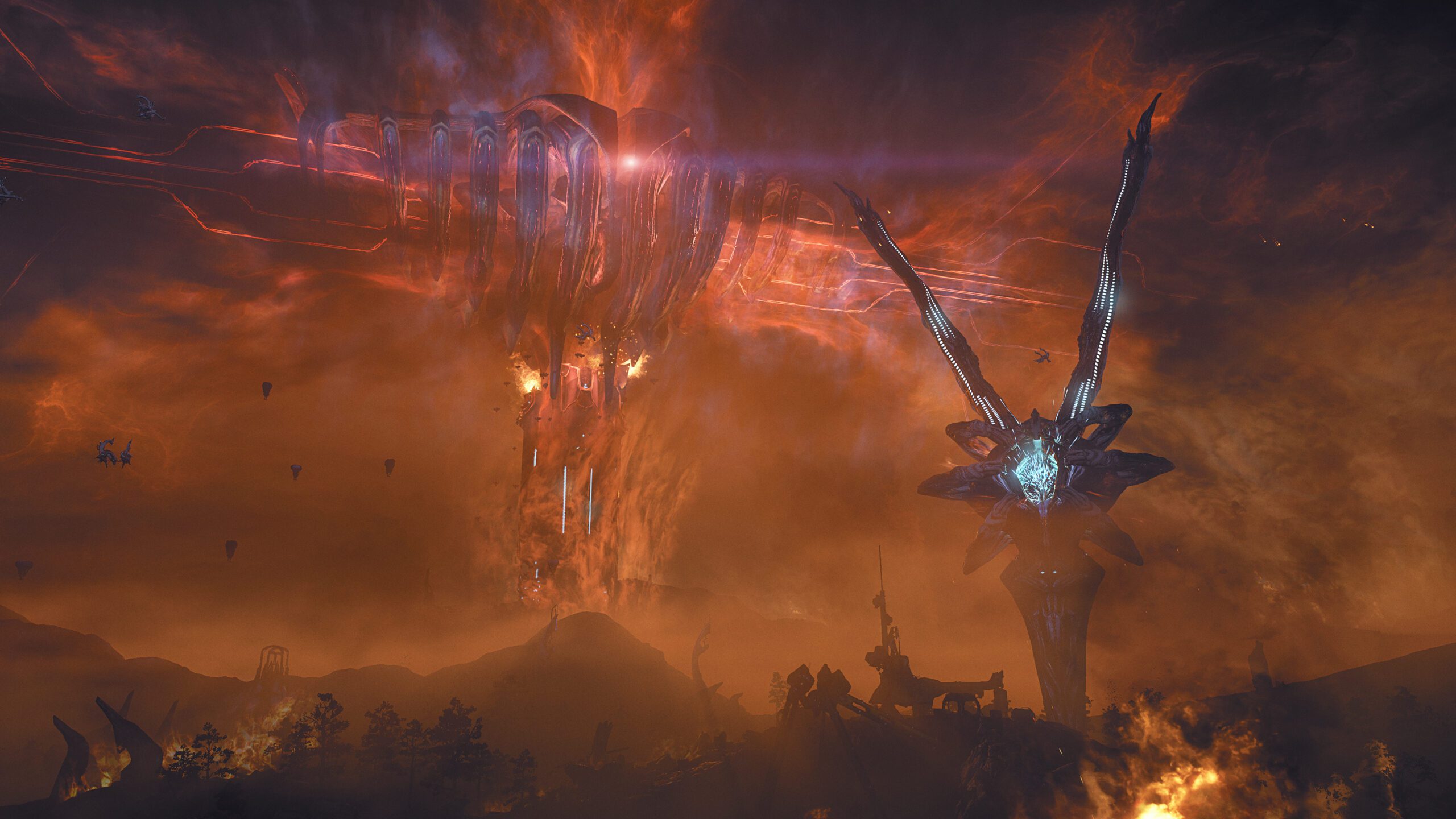 Fans of Warframe were treated to some pretty huge announcements at TennoCon 2021 yesterday. The all-digital event gave millions of players around the world a look at what’s coming to the looter shooter later this year and beyond, including the all-new story-driven expansion The New Wor.

Not only were players given a glimpse at the new content in the above trailer, but Digital Extremes brought a 30-minute gameplay demo of The New War to the show. Sadly, because of YouTube’s stupid embed rules on Rated M for Mature games, you have to watch it on their website rather than ours.

Not only is The New War on its way to players, but so are cross-play, cross-save, and simultaneous updates across all platforms. During the show, cross-play and cross-save were demonstrated live. As somebody who has put dozens of hours into the Switch version of the game–but has absolutely fallen in love with the PS5 version–these features can’t come soon enough.

Perhaps less exciting for Destructoid audiences but interesting nonetheless, Digital Extremes also showcased a mobile version of Warframe during its presentation. Like with cross-play and cross-save, this is still in development with no known release date. For those looking to add another Prime to their collection, Nidus Prime was revealed as was Caliban. It was also confirmed during the show that the fourth Nightwave Intermission, dubbed Nora’s Choice, will begin on August 4 after Nightwave Intermission 3 wraps up on July 28.

I’ll admit it: I dropped off Warframe over the past two months because after seeing how brilliant the game looks on my PS5, I really didn’t want to go back to my Switch version when playing on my big screen. As soon as cross-play and cross-save arrive, you can be damn sure I’ll get right back into the swing of things.

If you missed out on any of the festivities yesterday, Digital Extremes has uploaded a bunch of videos from Saturday’s event to its YouTube channel.