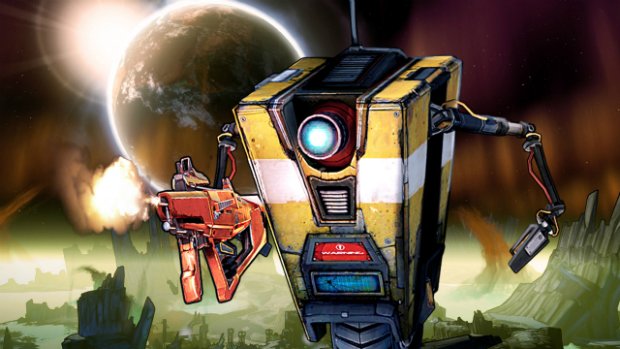 No, I will not high five you

Back when I spent way too much time playing with the Borderlands: The Pre-Sequel interactive skill trees, I admitted that I was not really sure what to do with Claptrap’s highly random play style. This video shows off some of that randomness, though it stays far away from the Fragmented Fragtrap skill tree (as I did). Still, it demonstrates something that previously might not have been obvious.

The narrated gameplay video takes Claptrap and Nisha through a mission on a derelict spaceship as the Bosun taunts them from afar. In it, we see a few different Action Packages that Claptrap can summon at random: Clap-in-the-Box, Gun Wizard, and Mechromagician. Clap-in-the-Box gives Claptrap a huge bomb to carry around, Gun Wizard increases fire rate but decreases accuracy, and Mechromagician increases gun damage but decreases accuracy (while also releasing a tiny Deathtrap robot).

What is only briefly mentioned is that a lot of Claptrap’s Action Packages will affect everybody on the team, so while Gun Wizard and Mechromagician were in play, Nisha was also benefiting/suffering from the effects. I can only imagine the insanity of a team of four Claptraps, all popping their Action Skills at the same time.