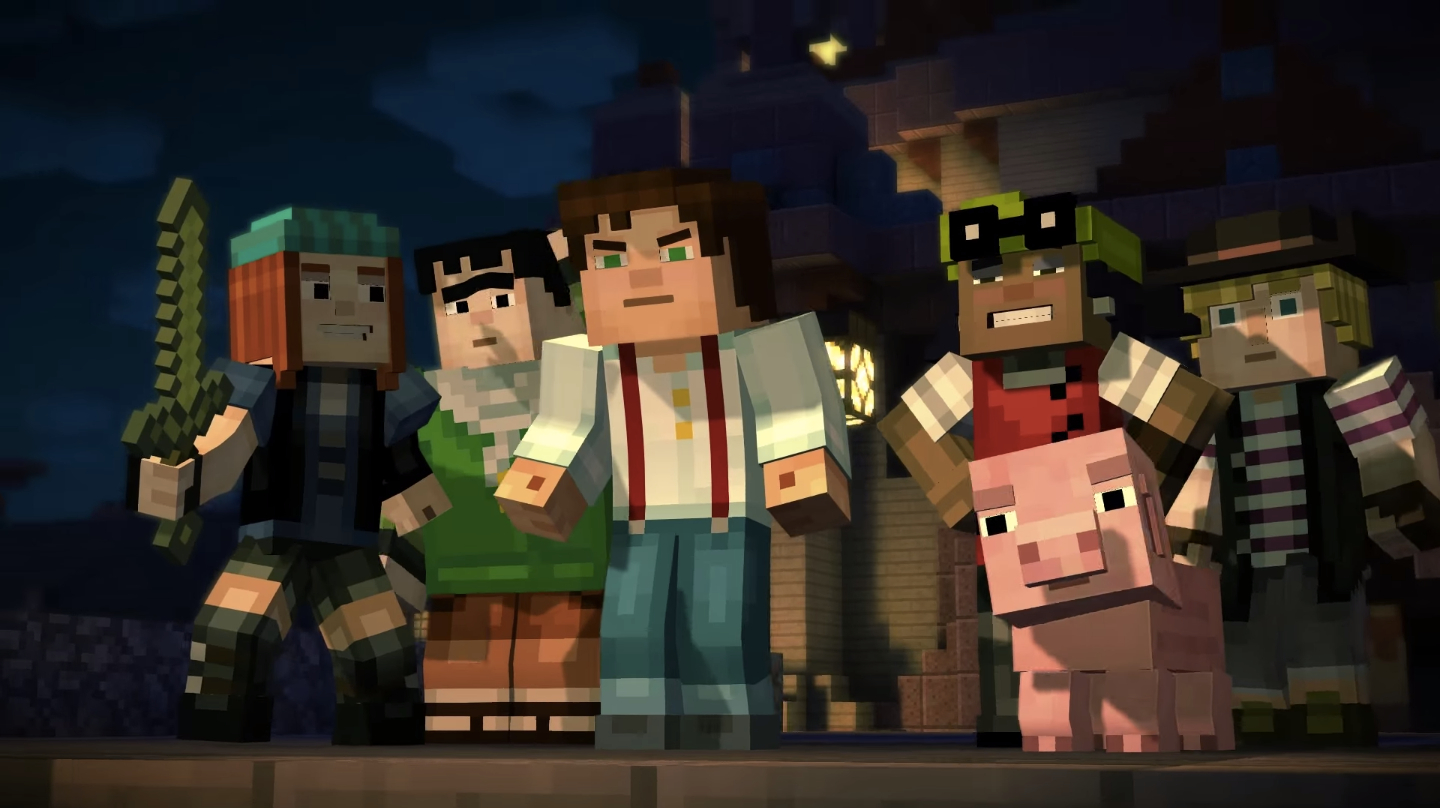 The Creepers will remember that

Since its announcement last year, many fans of both Mojang’s Minecraft and Telltale Games were caught off guard by this union of adventure developers. With one focusing on open-ended and procedurally generated jaunts through the unknown, and the other crafting well-written and finely crafted narratives with memorable characters through linear adventures, many wondered just how a Story Mode within Minecraft would work. After all, isn’t the point of Minecraft being able to build your own stories and adventures? Thankfully, that’s the major thing both developers sought to achieve with their take on a singular, but open-ended narrative in this world of voxels.

During PAX Prime 2015, we at Destructoid got a small sampler of what’s to come with this marriage of adventure philosophies. During my session with the game, which was in a pretty stellar real-life recreation of a standard Minecraft house, I got to play a decent portion of the first part of the five-episode series. In Minecraft: Story Mode, players will trek through many familiar locales while bringing their band of heroes through different trials and tribulations that will test their reflexes, and task them with making tough choices.

Taking place in the world, or worlds, of Minecraft, we take on the role of Jessie, a local resident living in the wilderness along with his friends and pet pig. With the upcoming event known as Endercon approaching, sort of an in-game take on the popular Minecon, Jessie and his friends prepare for the festivities along with the rest of their community. Unfortunately, an ancient evil known as the Ender Dragon is unearthed from the nether, and wreaks havoc across the land. With Jessie and his friends being the only ones to escape, it’s up to them to restore the legendary Order of the Stone, a group of powerful adventurers capable of stopping the dragon, and save the rest of the world.

While it may seem unusual to try and create a specific story and narrative with predefined characters within Minecraft, which is inherently about the relative and varied user experiences, Telltale’s take on Story Mode is surprisingly charming. Sure, many of the jokes focus on Minecraft-related humor and trivia, which may confuse or fall flat for those who aren’t too into the adventure game, but it does a pretty admirable job of finding itself within a game world that’s so varied and almost infinitely diverse. With a pretty solid voice-cast featuring Patton Oswalt, Corey Feldman, Paul Reubens, Dave Fennoy, Martha Plimpton, Ashley Johnson, and Brian Posehn, this is likely Telltale’s most star-studded cast yet.

During the short segment I played, we find Jessie searching through the forest for his pet pig. Gameplay will be instantly be familiar to those who’ve played other Telltale titles, such as The Walking Dead or Fables. You’ll explore the environment looking for clues, interact with other characters, and occasionally participate in action sequences that call for well-timed responses. When Jessie was ambushed by zombies, he had to defend himself with a hastily put together wooden sword, which broke during the encounter. Eventually, his friend Petra (voiced by Ashley Johnson) saves the day and they make their way back to town. Of course, this is only the start of their troubles.

Essentially, this is a very family friendly take on Telltale’s past titles. Easy enough to get into, but deep enough to wonder what choices will be the best in the long run. However, one of the more interesting aspects of Story Mode is that it allows players to customize the central character Jessie. From their aesthetics to even their gender (voiced by Patton Oswalt and Catherine Taber, respectively), players will be able to build their own story and show off their character however they see fit. Given the numbers of choices and turns the story presents, it’s refreshing to be able to have more of a choice in how your character looks.

I’m curious to see how this title will shape up. With the first episode coming this year, Minecraft: Story Mode has some big shoes to fill. While there are many fans who may turn their nose up at such a departure from what they know from Minecraft, the developers are seeking to make a narrative that not only rewards long-time fans with a long and eventful journey through series lore, but also serves as a great opener for those who haven’t taken the plunge into the quirky and incredibly popular adventure title. And it’s a promising start from what I played.