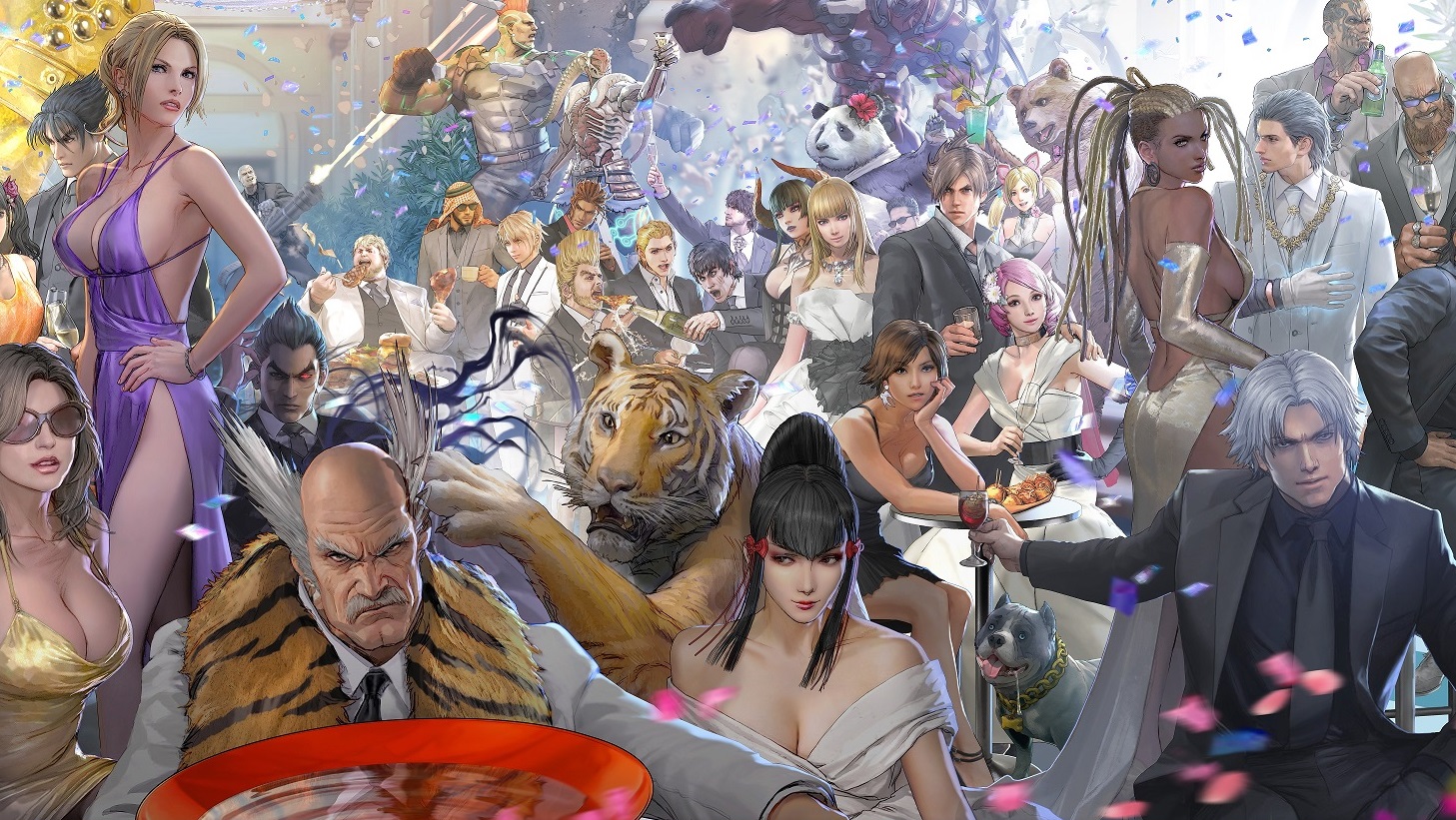 There’s ALWAYS The Next Battle

Bandai Namco has proudly announced that Tekken 7, one of the longest-life fighting games of all time, has smashed past an amazing 10 million sales. The announcement was made on the official Tekken Twitter, accompanied by an image of the entire cast at a very confusing dinner party, where people seem to float in mid-air, perspective is for the weak, and Kazumi brought a tiger.

Tekken 7 initially launched in Japanese arcades in the spring of 2015 (yep), before the expanded and rebalanced Fated Retribution hit the coin-op market one year later. This edition of the game would launch on PC and consoles worldwide in the summer of 2017 as simply Tekken 7. Since launch, the development has rolled out a lengthy series of DLC updates, bringing with them new modes, mechanics, balance tweaks, stages, and, of course, characters.

It’s official – #TEKKEN7 has reached 10 million copies sold!
Thank you for your support, and let’s get ready for the next battle… Together. 🤜🤛 pic.twitter.com/gCqZlrEu2a

Tekken 7 has also been renowned for its surprising list of guest stars, which include Fatal Fury‘s Geese Howard, Street Fighter‘s Akuma, Final Fantasy pretty boy Noctis, and the baseball bat-swinging Negan of Netflix series The Walking Dead. Tekken 7 has also introduced several all-new stars, including the terrifying Fahkumran, Polish prime minister Lidia Sobeiska, the tournament-dominating Leeroy Smith, and — how could we forget — the divisive and simply amazing Lucky Chloe.

At The Game Awards last week, Bandai Namco offered up a new trailer for the incoming Tekken 8, which will see Jin Kazama step toe-to-toe with a Devil-infused Kazuya Mishima. While we are yet to see a full fight in action, developers have suggested that Tekken 8 will be an incredibly aggressive title, which has some fans nervously fidgeting, determined to get a handle on exactly what mechanics will come into play for The King of Iron Fist Tournament’s grand return.

Tekken 8 is in development now for PS5, PC, and Xbox Series X.