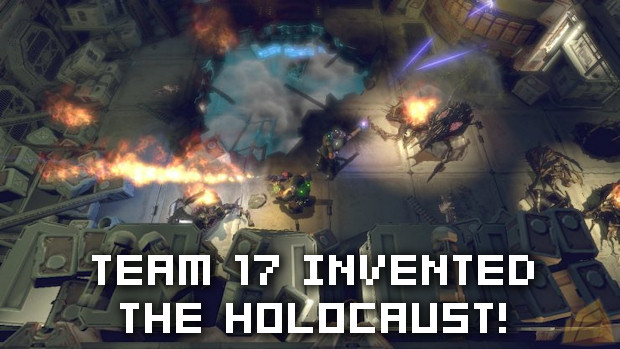 Worms enjoyed an exclusive period of time on Xbox Live Arcade before gracing other digital platforms with its presence, and Team 17’s other big revival, Alien Breed: Evolution, appears to be doing the same thing. Of course, with third party exclusivity comes emotional fanboys making wild accusations of treachery and conspiracies, which Team 17 has put down quite emphatically.

“Obviously we’d like everything on every platform day one,” explains studio boss Martyn Brown. “The LIVE Arcade thing … we get accused of being bribed or we’ve took Microsoft’s money, and it’s all bollocks.

“The reason is that we’ve got a long relationship with Microsoft’s first party unit. We get on great with them. In exchange for exclusivity we get a lot more promotion. We’ve got a closer deal with them. That’s just how it is. It’s unfortunate. That’s just how we work. I appreciate PS3 owners getting pissed off because it’s not on their platform immediately, but that’s up to Sony I guess to address that.

“They’ve [Sony] got their own exclusives. You look at Super Stardust, which is exclusive to PS3. It works the other way round. For people complaining, at the same time, people on LIVE Arcade can’t play Super Stardust or PAIN or a bunch of titles. It’s just the way the world works really.”

I didn’t realize PS3 fans were getting that pissed off at Team 17, but it just goes to show that console loyalists will find anything to get distraught over. I suppose that’s what happens with teenagers (or adults with the minds of teenagers) continue to live in idealistic dreamworlds facilitated by the fact that they live with their parents and don’t understand that people need to make business decisions. A fair few members of the gaming community really should learn how to be realistic and understand that if the world ran their way, nobody would have any money.

Filed under... #Exclusive on Destructoid#Fanboys