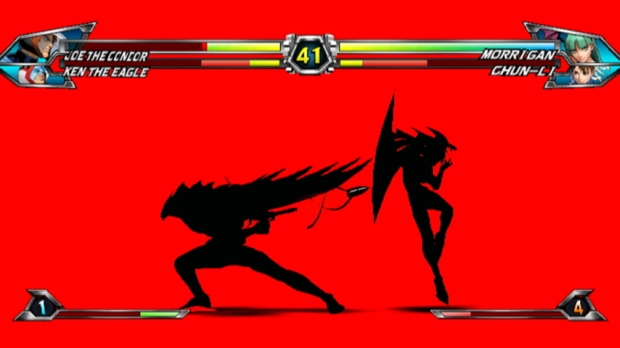 As you found out earlier this week, Zero and Joe the Condor have joined Tatsunoko Vs Capcom. I don’t know a thing about Joe the Condor, but I’m super excited to play as Zero. I prefer Zero over Mega Man any day though, mostly due to his sword. And his hair is so nice too!

Actually, after looking through the screens and the video we posted, Joe the Condor looks pretty badass. In any case, I still won’t touch Tatsunoko Vs Capcom as I’m still mad at Jonathan Ross for being such a cheap whore that always spams the same attack … jerk.