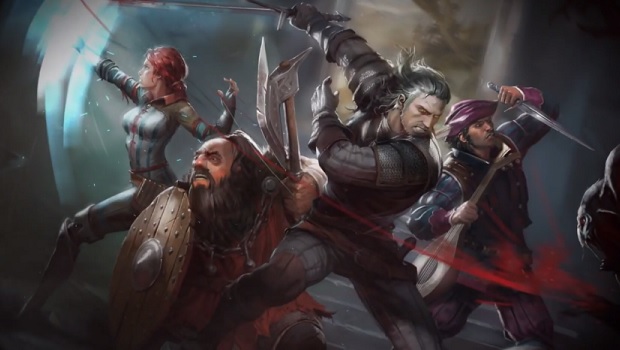 It’s actually a board game, not a point-‘n’-click title

Whilst fantasy RPG fans like myself bide their time until the arrival of The Witcher 3 later this year, we might have another game set in the world of Geralt of Rivia. The Witcher Adventure Game isn’t actually a point-‘n’-click title, it’s the name of an upcoming board game being developed by Fantasy Flight Games along with CD Projeckt RED.

With the ability to level up a character and go on a variety of different quest types, it looks like the board game has all the elements of the games. Players can take their pick of four of the franchise’s stalwart characters: Geralt, naturally, along with the sorceress Triss, the bard Dandelion, and the Dwarven warrior Yarpen Zigrin.

Along with the actual board game, a digital version to play on either iOS or Android tablets will be available too. There have been a few interesting videogame-based boardgames to have come out recently (yes I know The Witcher is based on a series of books, pedants) but I’ve not tried any of them out, partly due to price and partly down to a lack of fellow players. Maybe a digital version might be the way to go here unless any of you guys fancy heading round to my house to play.