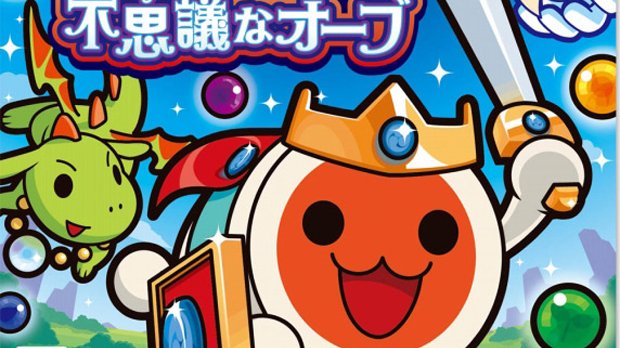 Studio Ghibli isn’t big on licensing out their work to videogames. That’s part of why their deal with Level-5 to develop Ni No Kuni was such a big deal. It’s also why my jaw hit the floor when I saw this video over on GoNintendo. The Totoro theme in a videogame? I never thought I’d see the day. That’s just the start of the amazing collection of music that makes up Taiko no Tatsujin: The Little Dragon and the Mysterious Orbs.

We’ve also got Pon Pon Pon (a song made famous by this amazing video), Best Wishes from Pokemon Black/White, Gershwin’s An American from Paris, a medley of music from Monster Hunter 3G, and the theme song from Muscle March. It’s literally like Namco Bandai reached into my brain and took out all the music.

The Taiko drum master series is huge in Japan. Last time I was in Tokyo, they were giving away little Taiko toys in the McDonald’s Happy Meals. I can only hope that the series will make it that big here in the U.S. someday. In the meantime, I’ll have to deal with the temptation to buy a Japanese 3DS and import this magical load of memorable music for myself.