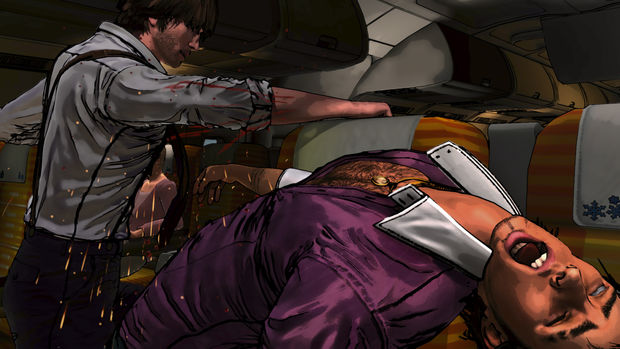 This man is relentless!

After being pestered by the millions of fans who don’t want to buy an Xbox One for Swery’s upcoming D4, the famed developer re-iterated that the game is in fact an exclusive. Once again speaking to Gaming Bolt, Swery had a few more things to say on the subject, including the line, “Please don’t expect to be able to play D4 on any platform besides the Xbox One.”

He also expands on some of the core concepts in the game, like the ability to touch “momentos” to dive into the past and solve mysteries. Given the subject of time travel the game seems ripe for multiple endings, but Swery isn’t saying anything right now — although, he openly discussed Easter eggs and the value of multiple playthroughs. Again, Swery is seen pimping up the Xbox One’s hardware capabilities, calling it an “evolution in style.”

Whatever his opinions on the Xbox One may be, I’m just eager to try out the game and see if it’s any good.