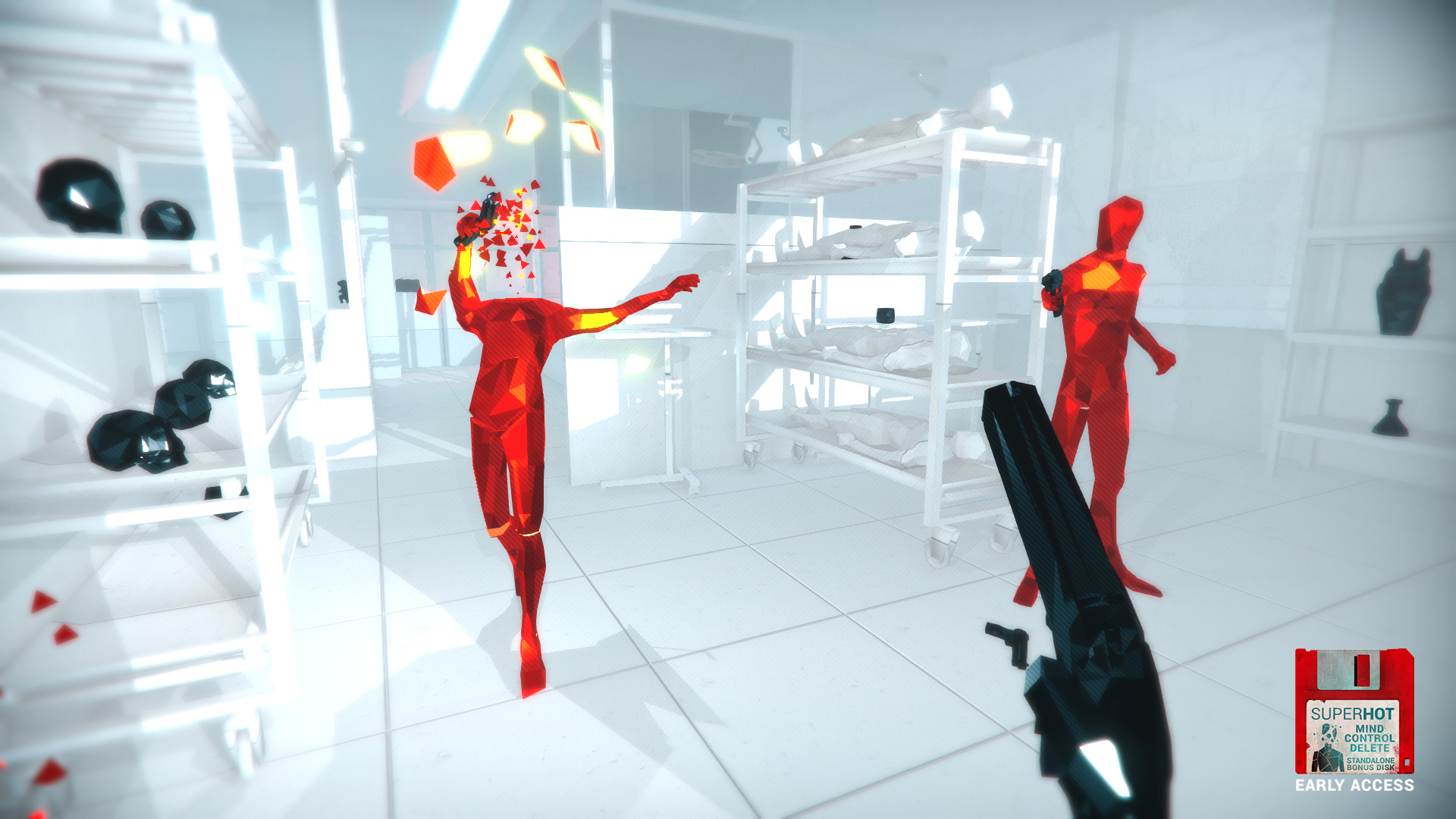 This is just what I was hoping to see

Did you get your fill of Superhot? The time-moves-when-you-do shooter is about to receive a “deeper, longer, rogue-like” standalone expansion and I am down. Mind Control Delete hits Steam Early Access on December 7, and it’ll eventually be free for Superhot owners once it’s fully released next year.

The Early Access build won’t have story elements, advanced power-ups, or new enemy types — that stuff will make it in leading up to the autumn 2018 launch — but it is a chance to see the new structure.

If you spring for Mind Control Delete this week, you’ll have access to:

There’s no mention of VR support for Mind Control Delete but I hope that changes with time. Superhot VR is one of the best pure gaming experiences I’ve had in recent years. I’d pay good money for more.