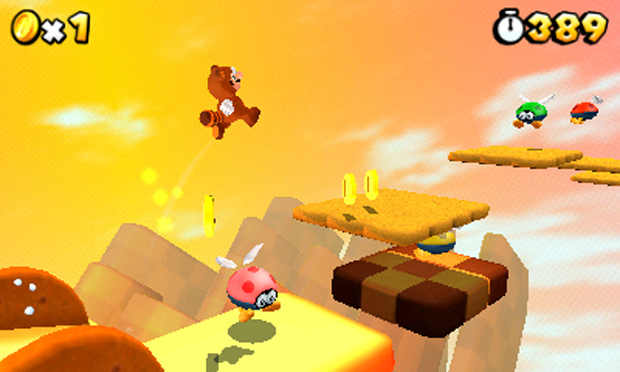 While I can’t wait to get some of that sweet tanuki tail later this fall, one neat factoid that Nintendo announced during their 3DS press conference about Super Mario 3D Land is its incorporation of gyroscopic controls. Using the gyro, players will be able to scout levels and find secrets before actually diving in.

No video was shown of the new feature in action, so I can only imagine what it will be like. I’m hoping for a cross between the mini games in Super Mario Bros. 3 and Professor Layton to stock up on some shrooms. Though something tells me that may be asking for a little too much.

Thankfully TGS is just a few days away, so lets hope we don’t have to wait till November 13 to find out.