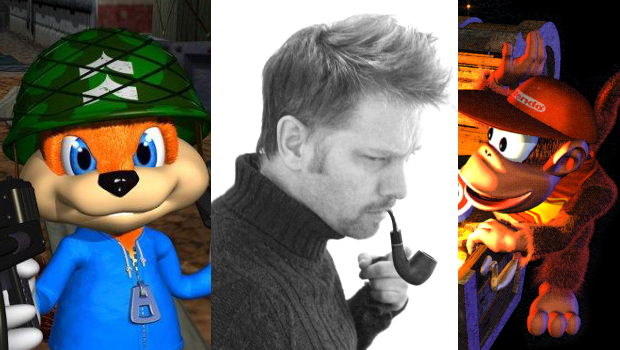 Oh my god, it’s the last Sup Holmes on Dtoid! Ahhh! What does that even mean? We’ll find out soon enough, as the Sup Holmes year 3 Kickstarter is set to go live any second now. In the meantime, why not tune in to the show today at 1pm PST/4pm EST when we welcome Chris Seavor to the program.

Chris is a one of a kind developer. He’s had a part in the original Killer Instinct, created Rare mascot Conker, and worked closely with both Nintendo and Microsoft at various points in his career. He’s also the only person to ever sing a song about sh*tting to be encoded on to an N64 cartridge (and later be covered by countless fans). Now he’s off on his own with studio Gory Detail, working on iOS action title Parashoot Stan and the unconventional 2D action exploration game The Unlikely Legend of Rusty Pup.

We’ll be talking to Chris about all that and more. Join us. Join us.