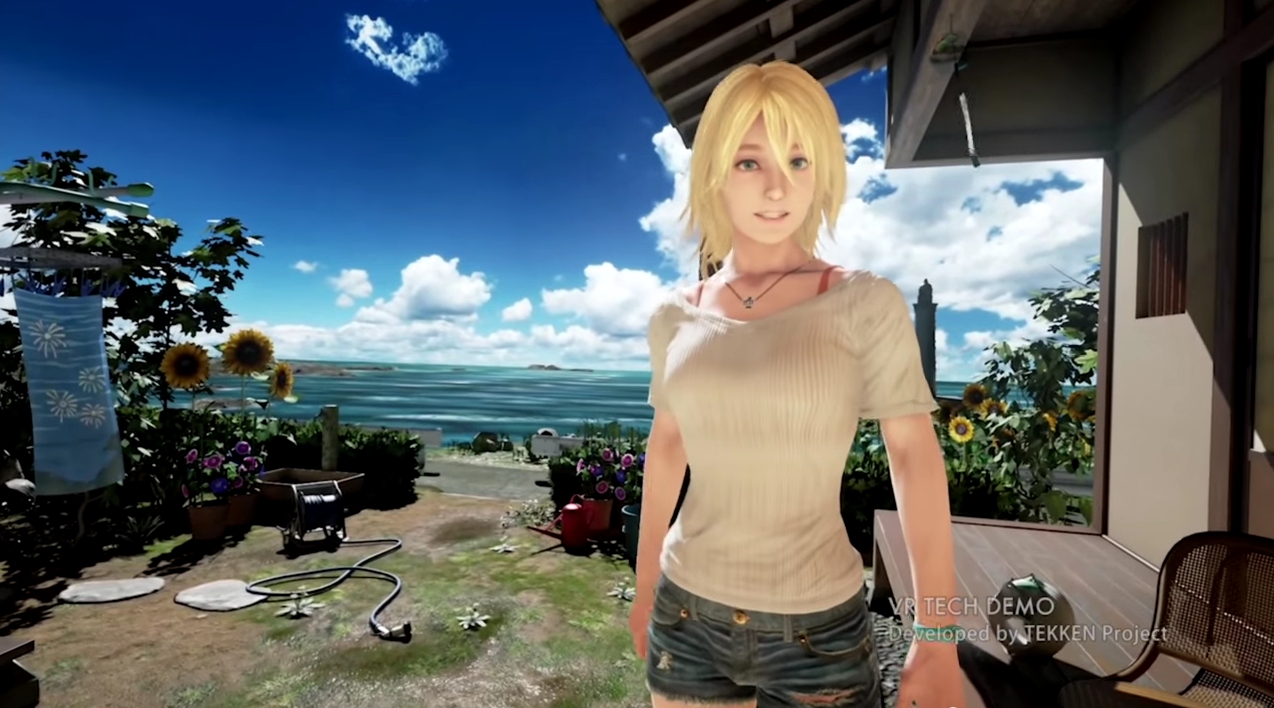 OK, real talk: That headline makes me sound like a giant creeper because, in case you didn’t know, Summer Lesson is a Sony Morpheus-based tech demo that involves you just sitting beside a girl, listening to her, and nodding your head to answer questions. Based on the trailer, amateur singing may be involved. Not gonna lie, the whole thing screams “virtual girlfriend“, which is exactly the kind of thing one might imagine giant creepers are into.

Creeper vibes aside, though, this project — which happens to be spearheaded by none other than Bandai Namco’s Tekken team and producer Katsuhiro Harada — presents the most compelling use-case so far for VR, at least to my eyes. I’m still not convinced that stuff like the Oculus, Morpheus, and such are the “future” of games in any meaningful way, but for stuff like this? A new way to remove one of the barriers of abstraction between you and the experience of being somewhere (or someone) else? That’s just plain cool, even if it is something as mundane as the prospect of hanging out with a friend on a sunny afternoon.

In case you want some extra cringe to go with your amazement, notice that the first version of Summer Lesson indulged the eternal Japanese nerd fantasy of being alone in a room with a girl, while this version, playable at E3, indulges the other eternal Japanese nerd fantasy of chilling out on a seaside porch with a blonde-haired, blue-eyed foreigner. For what it’s worth, Harada says they plan to add more scenarios and characters (including male ones) as the project grows.