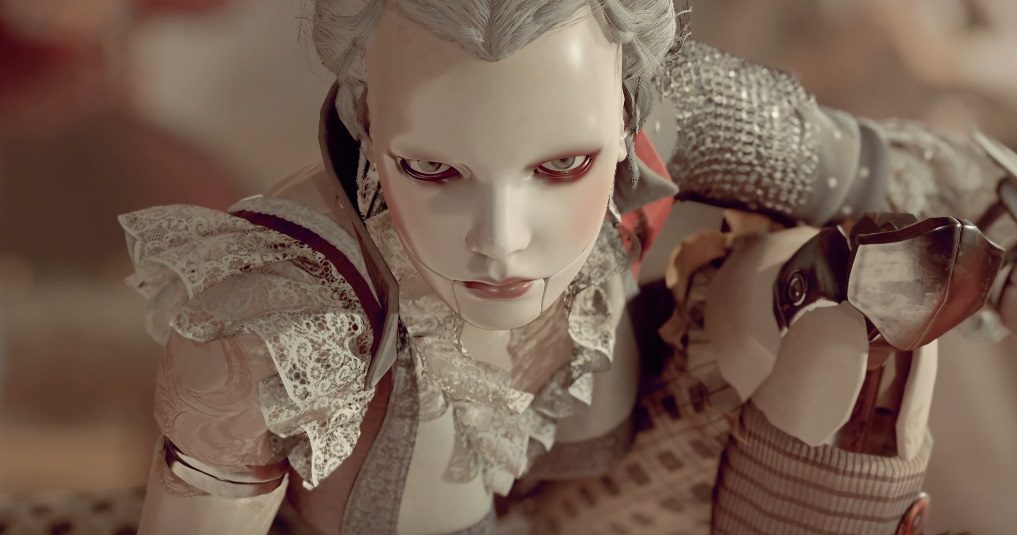 As a part of last night’s Game Awards festivities, publisher Nacon offered up a new cinematic trailer for its automated take on the French Revolution, Steelrising, currently in development for a summer 2022 release on PS5, PC, and Xbox Series X/S.

The cinematic gives a little more backstory for the action-RPG’s protagonist, Aegis, a masterfully created and achingly beautiful automaton, whose balletic performances both entertain the ruthless and uncaring bourgeoisie and prove deadly in the field of man-on-machine combat. With King Louis XVI and his unstoppable clockwork forces rendering Paris in twain, Aegis’ creator decides that the time is right to unleash his creation’s sublime, destructive abilities.

As Aegis, we will step into an alternate-history version of one of the tumultuous times in Parisian legacy, leading a rebellion against the tyranny of the rich and powerful, while cutting down their seemingly unstoppable automaton forces with devastating and ever-evolving fighting abilities. The player will adapt Aegis to their own custom ideals, fine-tuning her strength, acrobatics, stealth, melee, and weapon skills to make her the one true hope of the robotic revolution.

I’ve been a proponent of Steelrising ever since its initial announcement way back at E3 2020. Each and every trailer since has further tweaked my intrigue, though the gameplay footage we have seen, admittedly, looked a tad ramshackle. Still, there are still many months to go until the action-RPG’s eventual release and I’m hoping that underdog developer Spiders and publisher Nacon can deliver an engaging experience worthy of Steelrising’s fascinating premise and stylish design.