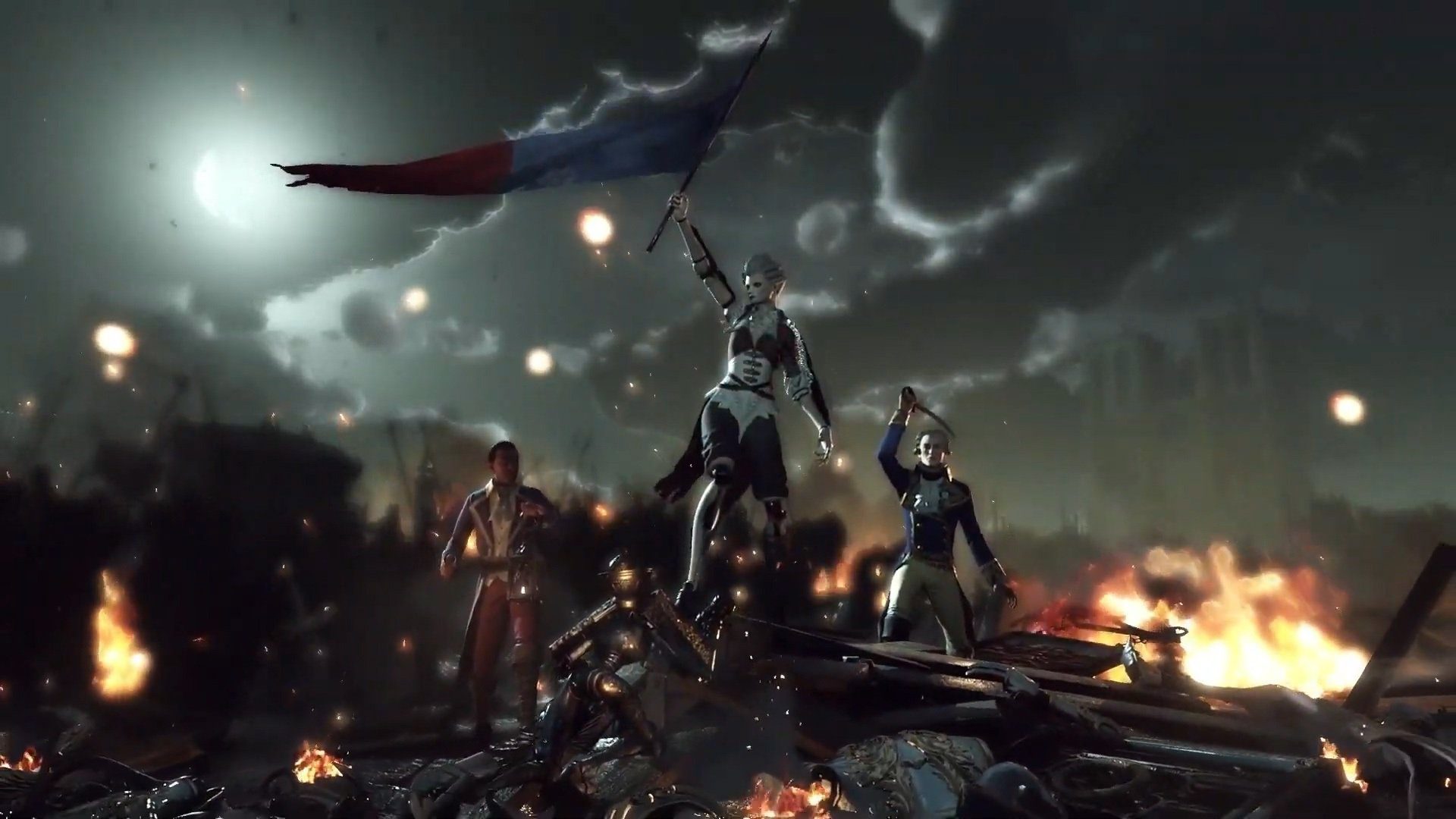 Do robots like cake? Will a guillotine cut through steel? These are all valid questions that are on the table in the new action role-playing game from GreedFall developer Spiders.

Steelrising is an automaton take on the French Revolution. The protagonist is Aegis, a robot in female form, who’s a bodyguard to Queen Marie Antoinette. The mission is to “put an end to the massacres carried out by the robot army of King Louis XVI.”

Spiders says that Steelrising will be much more action-based than its previous games like Greedfall and The Technomancer. There’s an emphasis on fluid transitions from exploring the Parisian streets to getting into fighting. Also, there are upgrades for mobility, durability, and strength, which is seemingly a look at the RPG side of playing in the style you want.

Is this Nier Automata by way of Assassin’s Creed Unity? Probably not at all. But given the two prevalent themes, I’m gonna keep thinking about it that way.

Steelrising is targeting a 2021 launch on PC and next-gen consoles.