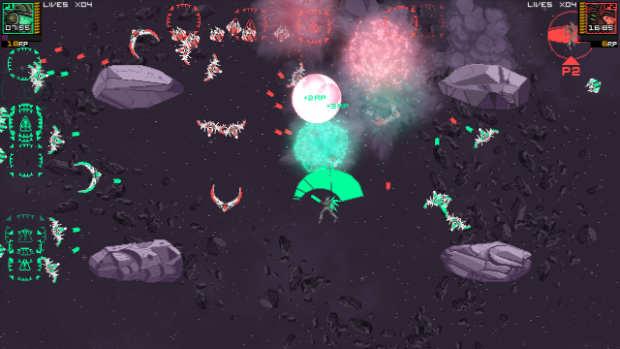 Games like TowerFall, Nidhogg, and Samurai Gunn have shown recently that fast multiplayer combat with simple rules can still be immensely fun. Following in those footsteps is Stardust Vanguards, which takes the battles into space, adding in a touch of shmup and strategy as well.

Really, it looks a lot like Samurai Gunn, in that players have projectiles with limited ammunition, swords that can reflect bullets, and one-hit kills. Of course, being in a mech in space allows for a bit more freedom of movement. The other big differences are the ability to call in friendly spaceship to aid in battle after gaining enough points, and having to worry about randomized attacks from computer-controlled space pirates.

Stardust Vanguards is currently seeking approval on Steam Greenlight, set to release on Windows and Linux. I’m proud of my subheader pun[dam], but sad that few people are going to click on this story to see it.