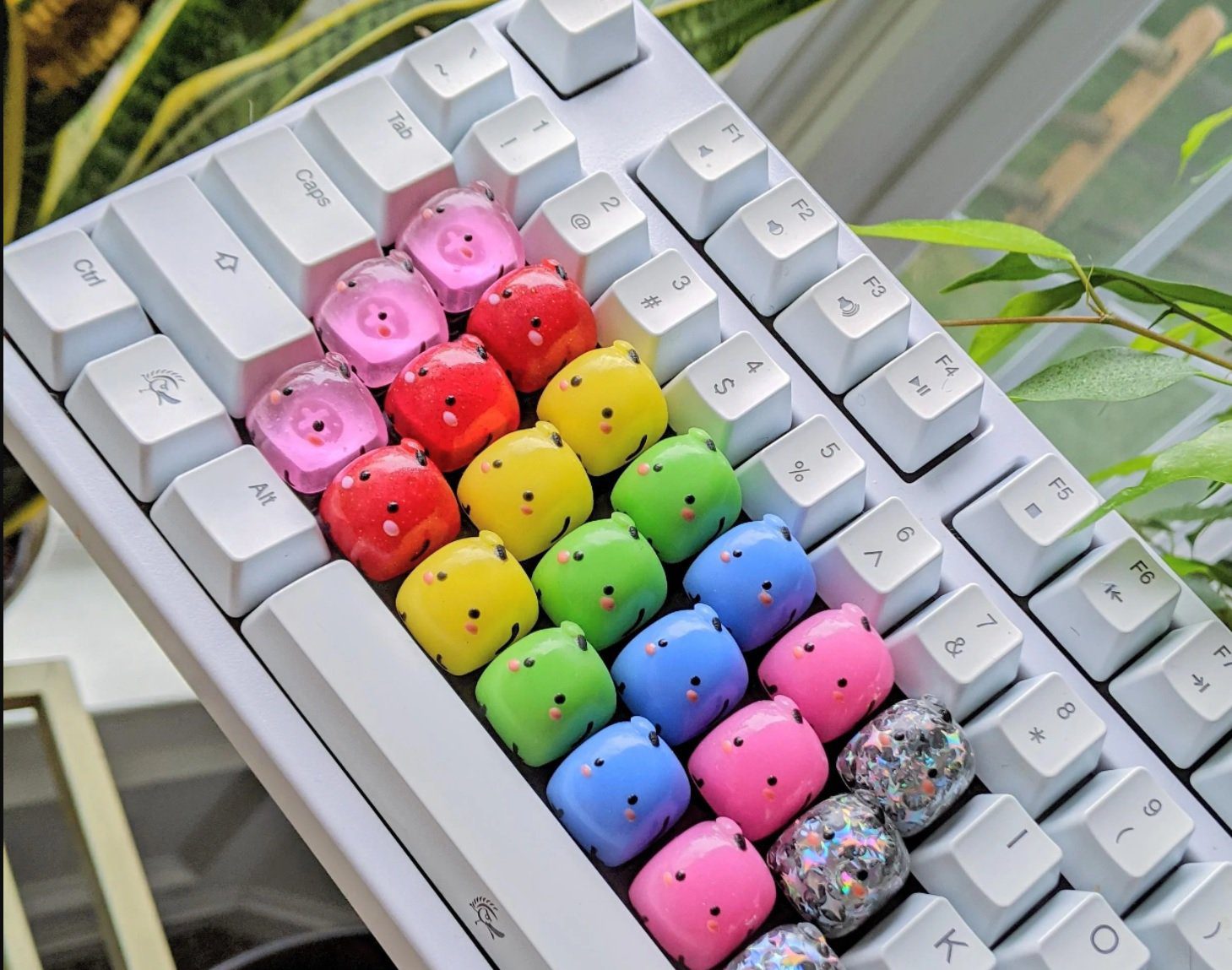 I want all of them

Stardew Valley is such an unstoppable force that you probably know at least one person who has played it. And a good deal of those people are incredibly into the game: so much so, that they put their passion into action.

Like many gifted artists and crafters before them, Reddit user robotmon shared one of their latest works: Stardew Valley Junimo keyboard key caps. Stardew fans will recognize these little creatures as the mysterious nature spirits that help the player character along in their journey, and assist them in the very late game via Junimo Huts.

They come in various colors, and nest nicely right above keys, stating that they’re more decorative than functional: and would work best on lesser-used keys rather than the center letters on keyboards. It’s amazing how much the game’s creator Eric Barone supports the crafting community, which allows stuff like this to flourish on the regular.

If you’re interested beyond a few quick “ooos and aaahs,” there’s a video of them in action from the creator here; and they plan on making them available in some fashion, with a link to a future Etsy store on their Instagram.

My passion project from the past few months – Junimo Keycaps [Reddit]