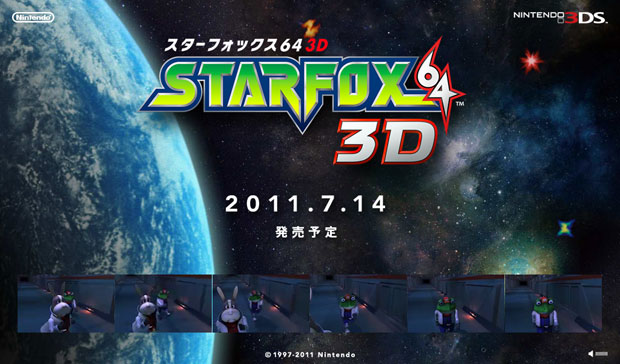 Ocarina of Time 3D is not the only major N64-to-3DS port to finally receive a proper launch date. Nintendo has cast open the doors on the Star Fox 64 3D homepage and revealed that it is set to arrive on July 14, less than a month after Zelda.

Curiously, this news didn’t appear on Nintendo’s second-quarter US lineup. That could either mean that the game is launching in Japan first or that Nintendo simply withheld the info for a grand reveal at a later date. Knowing Nintendo, both are equally valid hypotheses. [Update: Or as commenter tvandlust correctly pointed out, July is part of the third quarter, not second. Can’t believe that slipped my mind!]

In the meantime, there you go.