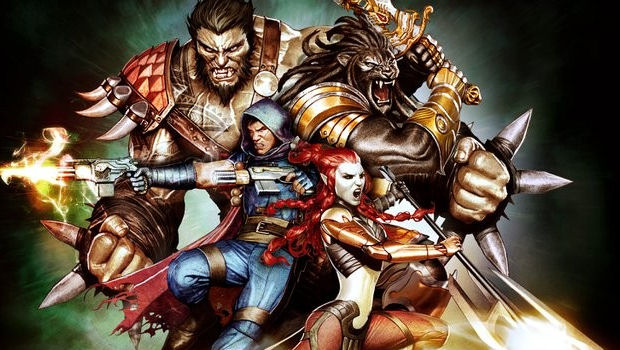 Late last week, Square Enix pulled a bait and switch in the form of a 3DS game tease. The publisher posted some pretty cool artwork to Facebook, then sneakily removed it. This is the Internet, however, so naturally everybody’s found out about it regardless.

From what’s known, the game is called Heroes of Ruin and it’s a joint effort between Square Enix and n-Space. The phrase, “Join the fun. More soon,” accompanied the art, but of course that tells us bugger-all.

A few details are apparently found within Nintendo Power. The game’s four characters are mercenaries, and Ruin is a four-player game full of customizable weapons, armor and abilities. Drop in/drop out co-op play and voice chat are all supported.

The image is all we have to go on, and I like the style. Looks like a sci-fi/fantasy RPG mash-up, which I’d happily take. Hopefully this is something cool. More 3DS games are very welcome.