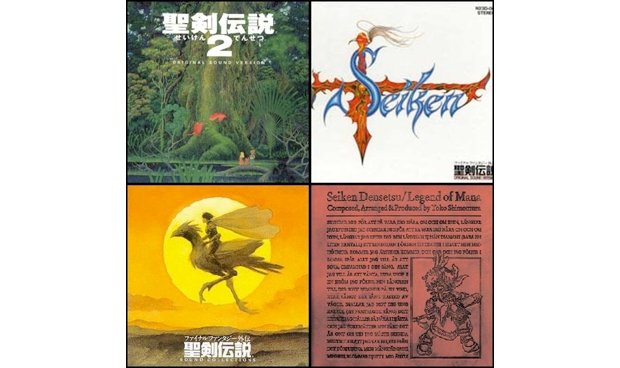 Square Enix’s Mana (Seiken Densetsu in Japan) series of games has had a pretty solid run so far. They’re mostly good games that never get the spotlight that the Final Fantasy series does. I would say that while there’s fewer games in this series, there are less duds overall.

There are no duds in the music department for the Mana series. That’s a good thing to know if you’re going to drop 21,000 yen (about $259) on Square Enix’s newly announced Seiken Densetsu soundtrack set. There’s 20 discs of music in this set, covering games like Final Fantasy Adventure, Secret of Mana, Seiken Densetsu 3, Legend of Mana, Sword of Mana, Children of Mana, Dawn of Mana, and Heroes of Mana. Composers featured include Hiroki Kikuta to Kenji Ito to Yoko Shimomura.

OSV says that this big ol’ box launches in Japan on September 14th. I want it, and I’ll get it when I’m in town for the Tokyo Game Show. I hope it’ll fit in my luggage.