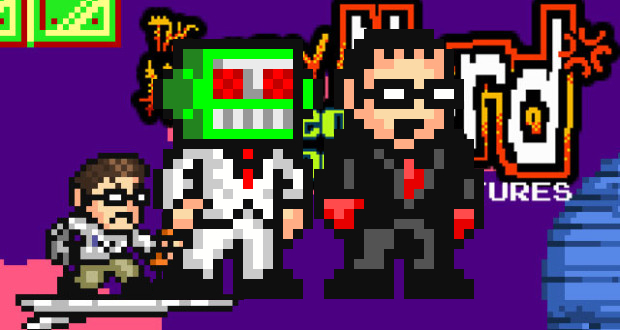 It’s like that Weezer video, but with people I know

The Angry Videogame Game Nerd was one of the first to combine low-fi humility with a passion for games and irate comedy. He and his collaborators did for videogame people what the Sugar Hill Gang did for rappers.

It makes sense that so many of the Youtube personalities that followed The Nerd (including a few with angry grumps) would make appearances in his debut game. Our own Jim Sterling and Mr. Destructoid are included in the line up, and they’re in very good company.

Our dearly departed Tony Ponce reviewed the game and had a great time with it. If playing this brand of controller-throwing-tough game on PC isn’t your thing, you still have the 3DS and Wii U ports to look forward to. Jim in 3D may be worth the wait.