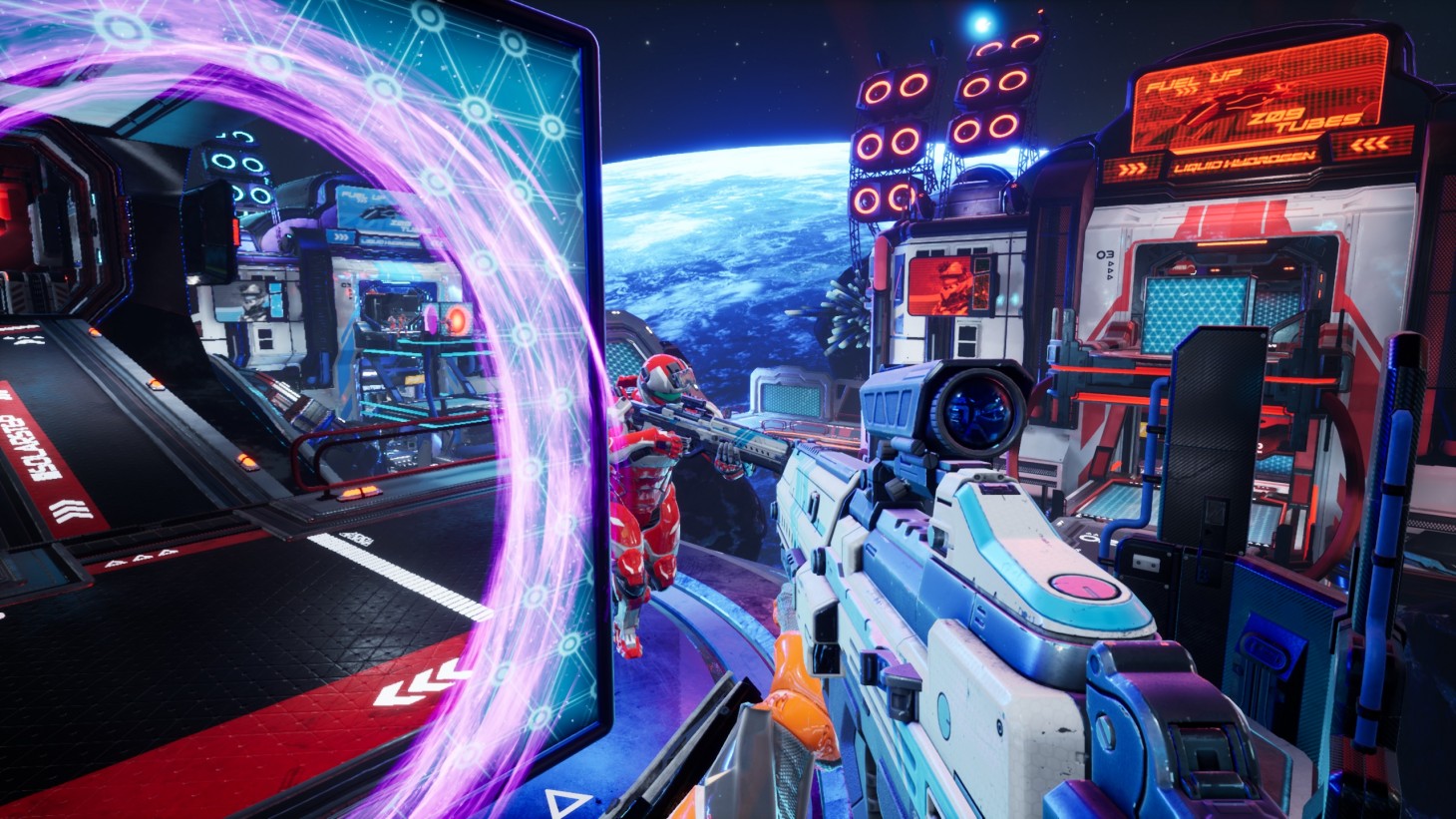 Let’s get ready to do some science!

Splitgate, an arena shooter with portals, first jumped onto my radar when I stopped by the booth at PAX East just last month. My initial reaction was pure astonishment that nobody had done this yet. Surely someone started working on this concept after playing ten minutes of Portal back in 2007.

Whatever the reason that no other developer saw fit to make a game like this in the past 12 years (or at least not one successful enough for me to remember it), 1047 Games decided to combine portal hopping with competitive shooters. Everything about Splitgate is instantly appealing to me. 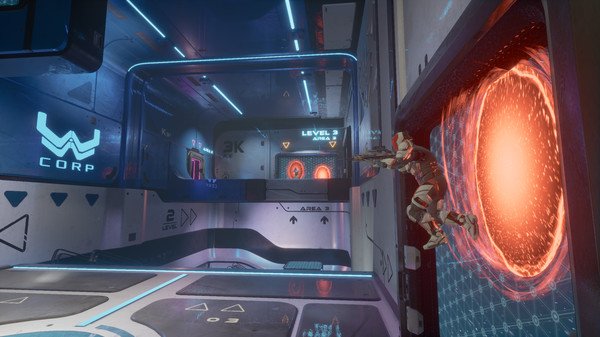 I only had time to play a quick match back in Boston, so when the developers asked me to take place in the closed beta this past weekend, I jumped at the chance. With a full three days to throw grenades through portals, I got a much better impression of what sets Splitgate apart and a very clear idea of the games it’s trying to emulate.

If you separate Splitgate from its use of portals, the clearest game to draw a comparison to is Halo. Aesthetically everything about it evokes the classic Xbox shooter. The players heavily resemble Spartans, familiar game modes like Oddball and Domination are present, and even the array of weapons from battle rifles to shotguns feels eerily similar to Master Chief’s arsenal. That isn’t a knock against Splitgate, either. Familiarity is good, and the shooting feels tight and responsive here.

What makes this different than a run-of-the-mill arena shooter is the use of portals. Each player is equipped with two wrist-mounted portal guns used with the Q and E keys, respectively. Portals can only be placed on certain blue surfaces that resemble a digital interface; I much prefer Portal 2‘s moon rock explanation. Thankfully the aforementioned surfaces are plentiful, and the map design has you thinking on your toes for good placement to get a flanking position on the enemy team or make a quick escape. 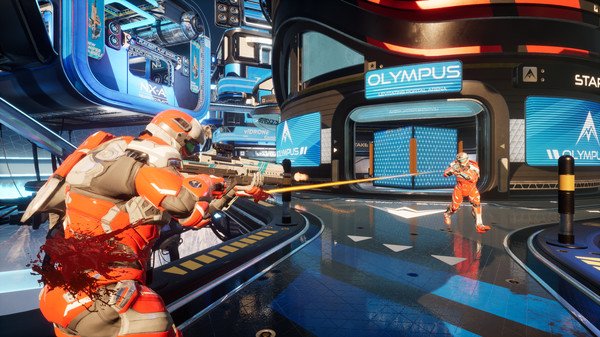 For the most part, these interdimensional holes follow the same rules that Valve’s classic taught us. For starters, you maintain your momentum when traveling through them. Fast-moving object goes into portal; fast-moving object comes out of portal. If you can find a big enough drop, you can use this principle to get to some out-of-reach vantage points and pick off enemies.

These portals also have some new attributes that would only be relevant in the competitive shooter scene. You can only see through portals placed by your team; this doesn’t mean you can’t make use of combatant’s portals, just know you’re jumping to another section of the map blind. While you can’t see what’s on the other end of those portals, your reticle will still turn red if an enemy is on the other end so feel free to blind-fire through these interdimensional vortexes at your leisure.

While there wasn’t a massive amount of content to explore during the beta, Splitgate has a lot of promise. It blends familiar mechanics together in a package we haven’t seen before even if the game’s overall look isn’t much more than Halo in a futuristic paintball arena. 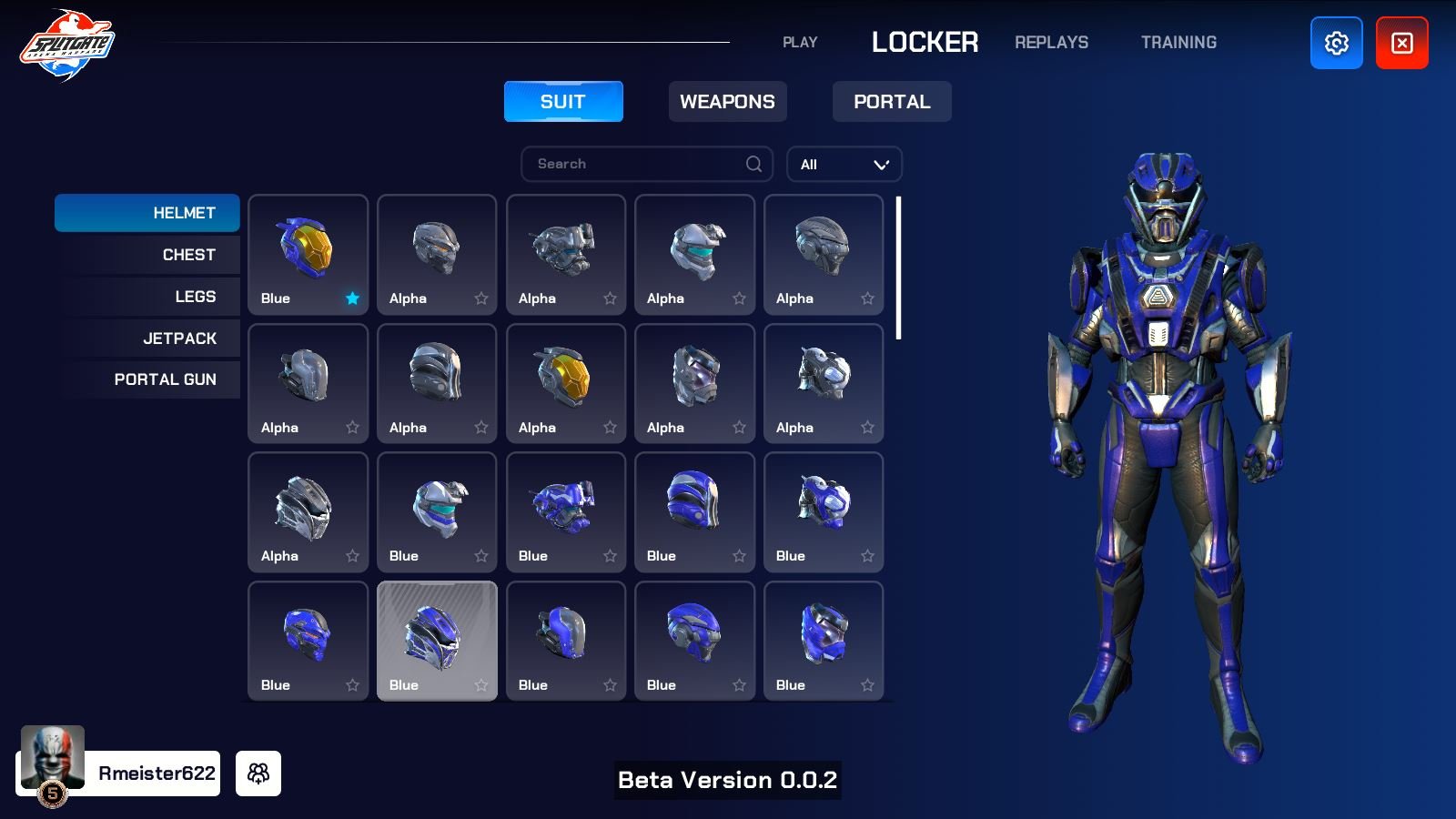 The beta was loaded with character customization options. I assume the bulk of these armor choices will be unlockables in the final release, but I had full access to any cosmetic options I wanted in this build.

At the core of it, Splitgate is a simple game, but it’s a magic pairing of two fantastic games that I still can’t believe hadn’t been joined together sooner, and it’s a release to keep an eye on when it comes to Steam this spring.