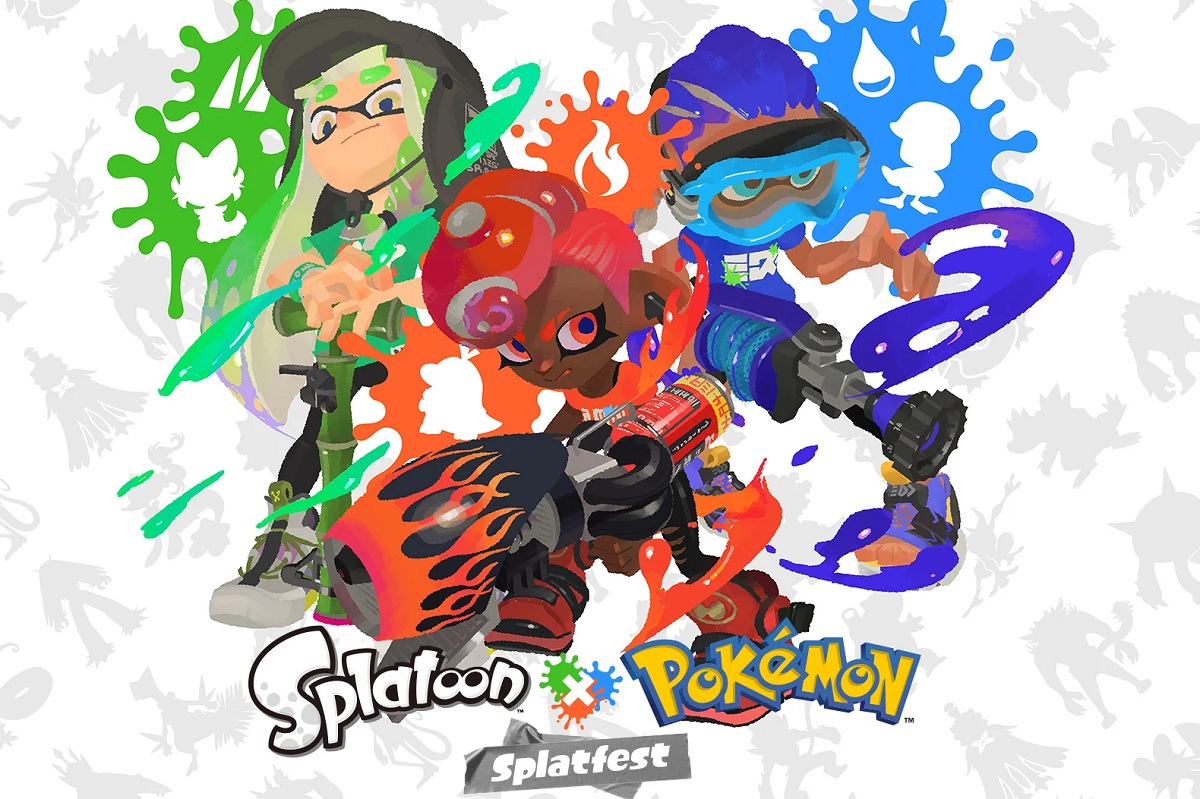 It’s great to be back in the wild and messy world of Splatoon — and the residents of Inkopolis are especially excited this weekend, with the coming of a very special splatfest that sees the colorful shooter series crossover with the iconic Pokemon franchise, ahead of the launch of Pokemon Scarlet & Violet.

Kicking off later today, the newest battle royale will charge players with selecting their favorite stater Pokemon — choosing from the holy trinity of Grass, Fire, and Water. Once the player has selected their team of choice, they will engage in a weekend of incredibly sticky online competition — bagging points for their chosen team in a bid to prove which of these is the best Pokemon element of them all…

…That’s best starter Pokemon element. We all know that Ghost is the actual best element.

Team Grass, Fire and Water battle to decide who has the type advantage in the Splatoon x Pokémon Splatfest this weekend!

Once the ink dries on Sunday, the global scores will be trotted up and the winner announced. All participants will receive fun, in-game items, with bonus goodies going to players on the winning side. The action kicks off today, November 11 at 16:00 PT / 19:00 ET / 00:00 BST with the final whistle being blown at the same times on Sunday, November 13. You can pledge for your team in Inkopolis Square.

As y’all know, I covered pretty much every single splatfest — its topics, commentary, winners, and running score — over the course of Splatoon 2‘s long lifespan. And, I have to admit, it’s just not the same with my girls Pearl & Marina. Still, there is plenty of fun to be had for Squid Kids and Octolings, so get out there and make your mark. Quite literally.