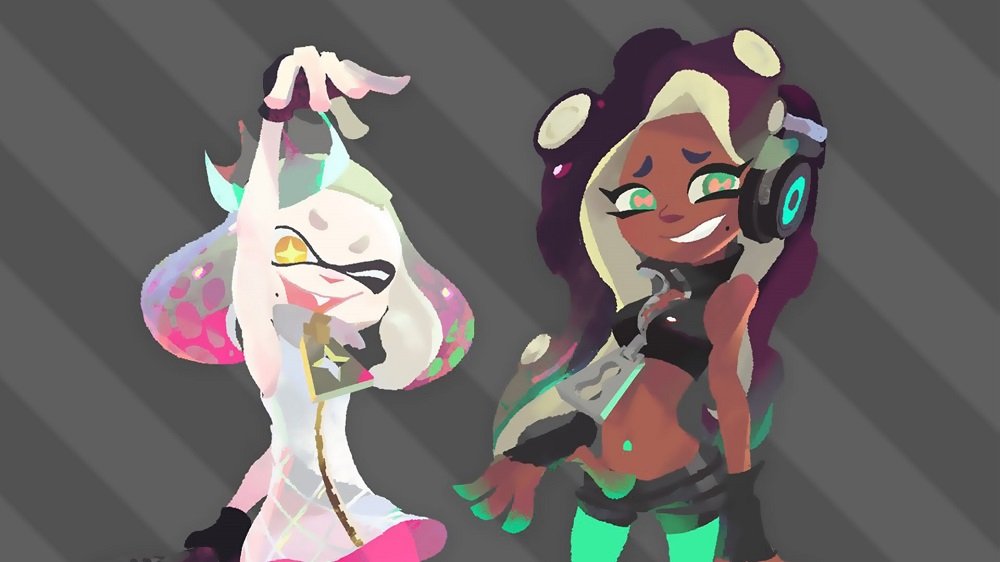 Off the Hook or Over the Hill?

An art-book for Nintendo’s colourful shooter, Splatoon 2, was released in Japan this week, with page upon page of neon nightmares. More importantly, we finally got a canon answer to the question that’s been bothering fan-fic writers worldwide: How old are Marina and Pearl?

The duo, collectively known as dreadful rap-rock outfit Off The Hook, were named Splatfest hosts earlier this year, replacing classy squid-sisters Callie and Marie. When revealed, fans mocked Pearl for her gremlin-like qualities, whilst fawning over her lovely Deejay partner. These fans are wrong, incidentally, Pearl is Queen of the World.

So, how old are Marina and her grumpy, pint-sized buddy? Well, according to the new book, Marina is eighteen, which figures, given her trendy millenial qualities. That just leaves Pearl, who I always assumed was probably about nine/ten, right?

To be honest, the clues were there all along. You need a bit of life experience under your tentacles before you know the correct way to hang toilet paper, or time to develop a hard-edged cynicism of the world before you abandon that healthy bowl of Bran Flakes for a shit-ton of bacon and eggs. At least she can go on a U.S.-based bar crawl with you, even if she is doomed to get carded at every stop.

There we have it, what must surely be one of 2017’s biggest video game controversies can finally be put to rest. Now we can all go back to ragging on Electronic Arts and loot boxes.

And remember: Don’t get cooked, stay off the hook. BUH-BAM!