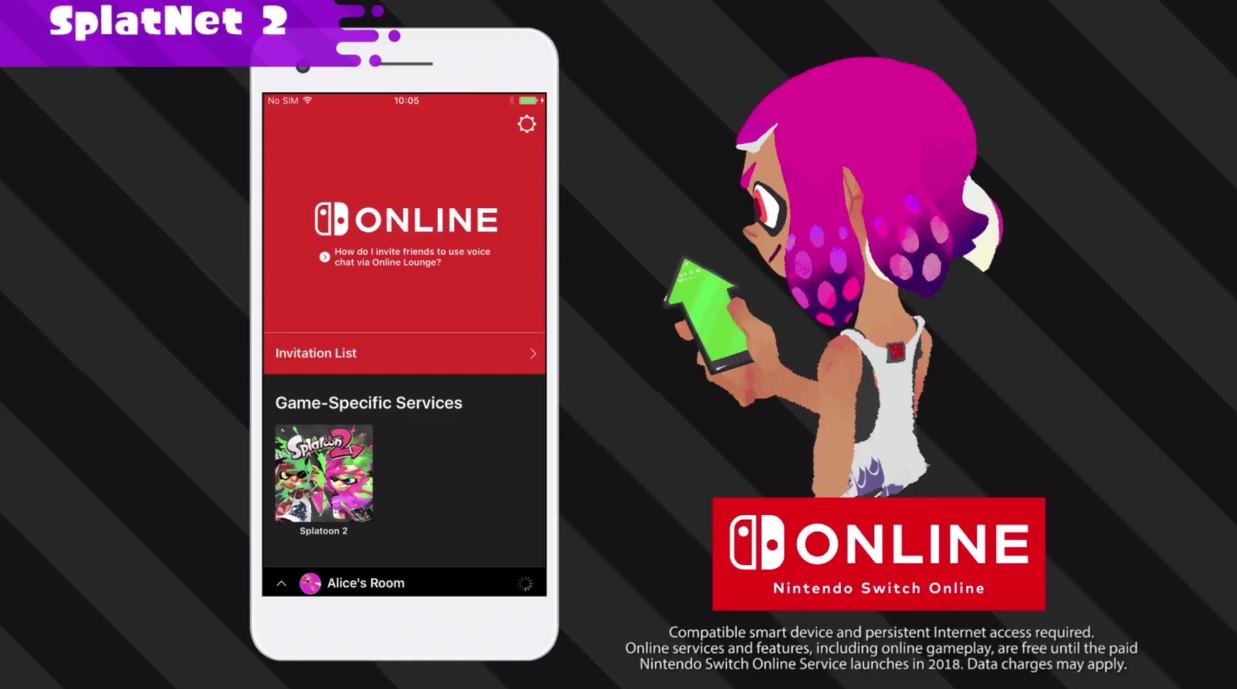 I never thought I’d get remotely invested in the universe of Splatoon when I first previewed it over a year ago, but here we are, and I’m following along with official Squid Sisters fan fiction.

Today’s Nintendo Direct showcased some more of Inkopolis, the game’s hub world (I’m surprised Nintendo went with “Shella Fresh” for their footwear store — touche), as well as the various weaponry. That includes the sub-weapon “Autobomb,” an AI that seeks out enemies to blow up, the “Baller,” a Monkey Ball-esque roller, and Toxic Mist, an area-of-effect bomb.

As a reminder three modes will rotate every two hours in ranked play, including Splat Zones (control the point), Tower Control (fight for a moving tower, payload style), and Rainmaker (Capture the Flag, where the flag is a weapon). The Urchin upgrade system returns with a vendor called Murch, who can bestow abilities like quick respawn and a roll immediately after superjumping. Players also can view opponent’s abilities on the map. If you happen to use an amiibo you can save your settings to it and bring it to a friend’s house.

Salmon Run looks much more detailed than I thought it would be, as the Direct showcased several Elite/named enemies that employ unique tactics. Some items can also only be unlocked via Salmon, ensuring that I’ll be playing it. Oh, and there’s a DDR-like minigame called “Squid Beats 2” to play in the hub. Thank goodness, you can fight with friends on the same team for Splatfests — which will be hosted by singing duo Marina and Pearl.

Finally, SplatNet 2, a new app (seemingly integrated into the Nintendo online experience) coming to smartphones, shows off your last 50 battles, including winrates for specific stages and your lifetime “Inkage” (the total area you’ve inked). With an expanded competitive mode and viewable winrates, Splatoon 2 is moving into an eSports space that the original never really approached. It’s all great news for the game’s long term prospects.