Earlier this week, Nintendo announced their next handheld console, the Nintendo 3DS. Speculation has been pouring in on what the device could look like, how powerful it is, and how Nintendo is going to pull off 3D technology with a relatively cheap electronics device. Until Nintendo makes some confirmations at E3 2010, it is currently all speculation.

So here comes the speculation! Yeah, yeah, we are all Michael Pachters when it comes to making sweeping claims about the games industry, but fortunately, I’ve had the chance to talk to Tom Zerega, CEO and founder of Magnetic 3D. He’s an important guy to talk to about the 3DS, as Magnetic 3D is one company on the cutting edge of glasses-free 3D displays. While Magnetic 3D is not working with Nintendo on the 3DS, Zerega would offer a good outsider’s perspective on what could be coming from the House of Mario. If anything, he might know some very real concerns with making glasses-free 3D.

Hit the jump for his vision of what the 3DS could potentially be.

[3DS mockup courtesy of Branduil on NeoGAF via Tiny Cartridge] 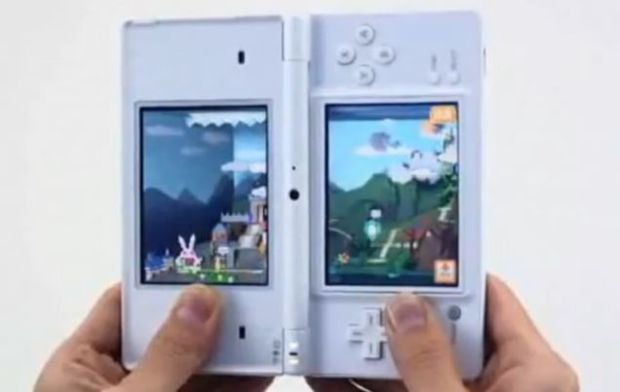 Magnetic 3D is a company that uses lenticular technology. This involves the use of lenses to create alternating images that your eyes see as 3D. Commonly seen in printing, these lenses will block out certain visual elements from the right or left eye, creating the 3D effect you are looking for. According to Zerega, this technology could very well be used in the 3DS. Other options include lenses in conjunction with alternating LED lights to create the 3D effect. Finally, there is the possibility that Nintendo has some other lens technology that most people don’t know about. Even Zerega wouldn’t rule out some surprises from the Big N.

Another option Zerega discussed would be the one seen in a recent video for a Japan-only DSi title, Rittai Kakushi e Attakoreda (Hidden 3D Image: There It Is!). The game employs what Zerega calls “head-tracking technology,” in which software uses cameras to track the motion of people’s heads to create a recessed version of 3D. This could very well be what Nintendo has in store for the device, as the technology used has already been proven to work. Nothing will exactly jump out at the player, but it is a form of 3D all the same.

This technology is far from perfect, however. Head-tracking tech is only good for one person at a time, which has limited its function in public spaces or with groups of people in front of a TV. Thankfully, should Nintendo decide that head-tracking is the route they take with the 3DS, it would be much more suitable to the single-player experience of handheld games. While many people do find sharing videogame experiences with handhelds to be enjoyable, that may actually be an impossibility with the 3DS, especially if head-tracking is how the 3DS works. 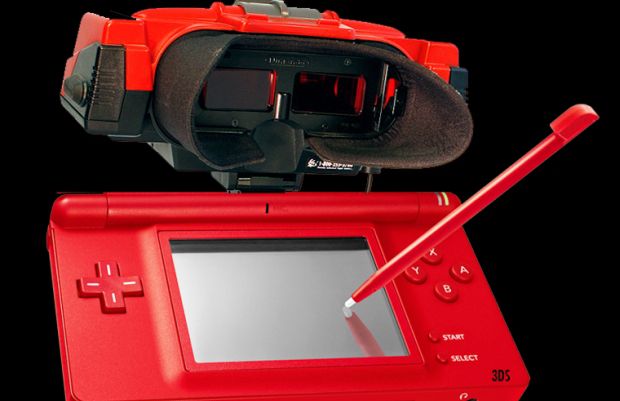 When questioned about the possibility of Nintendo using head-tracking in conjunction with other 3D techniques, Zerega agreed that this would be a very good thing. After all, the current DSi can already play games using head-tracking, so that technology coupled with some form of 3D lens could make the 3DS much more successful in its claims.

Another big question on the 3DS is power. Zerega mentions that if Nintendo is going to really push 3D tech, then we will certainly see a stronger GPU. The device shouldn’t be too much heavier than the current DSi, and if there is lens technology, then that will be in place as well. “It will be interesting to see the price point of the 3DS,” he says, “as glasses-free 3D display technologies often feature additional filters or lenses to create the 3D effect, as well as additional processing powering and robust graphics engines to render glasses-free 3D media.” With Nvidia’s Tegra processor long-rumored to be the power behind the 3DS, there could very well be graphical capabilities beyond the current DS.

Then, cost becomes an important issue, as Nintendo has never been a company to sell a device at an extremely high price point. When it comes to the processing power of the 3DS, the design, and the new technologies in the screens, it is clear that the unit has to be cheap enough that Nintendo will not be losing money on the device. Whether the device is really “two DSes duck-taped together” or a wholly powerful beast of a handheld remains to be seen, but remember that cost cutting will be made somewhere in the hardware.

Zerega is also somewhat concerned with increasing development costs, as studios will have to design with 3D in mind. “Whether new titles are created from the ground up entirely in 3D or older titles are retooled to fit the new format, there will undoubtedly be additional production costs such as those typical in producing 3D films.” Nintendo is clearly walking a fine line between innovating with and alienating their third-party developers, should the 3DS be difficult to develop for.

[3DS mockup courtesy of TMO of NeoGAF via Tiny Cartridge]

If there is one thing we can expect from the 3DS, it is standardized, across-the-board limitations of design variables. The Nintendo 3DS will only play titles designed for it and the DS, on a screen that has been designed specifically for that device. While console titles increasingly struggle with the influx of peripherals and variable displays (SDTV? HDTV? 3D?), and PC titles have to account for a variety of GPU and CPU standards, the 3DS has everything it needs to play games, 3D or otherwise. This is incredibly convenient for developers and consumers alike.

Zerega agreed that this standardization could go a long way toward bringing 3D to the masses, as one of the biggest problems with 3D so far has been its ever-changing standards. 3D glasses, lenticular tech, and other lens-based technologies, while they all work fine, they become proprietary and split the market. With the 3DS, this becomes a non-issue.

While it is clear what direction Nintendo has in store for the 3DS, I asked Zerega if he thought Sony or Microsoft might have something planned for the future. Zerega responded that had Nintendo not been so successful with the Wii, we wouldn’t see a huge push for motion control. If Nintendo is successful with 3DS, we can certainly expect Microsoft and Sony to send out their own 3D-enabled devices.