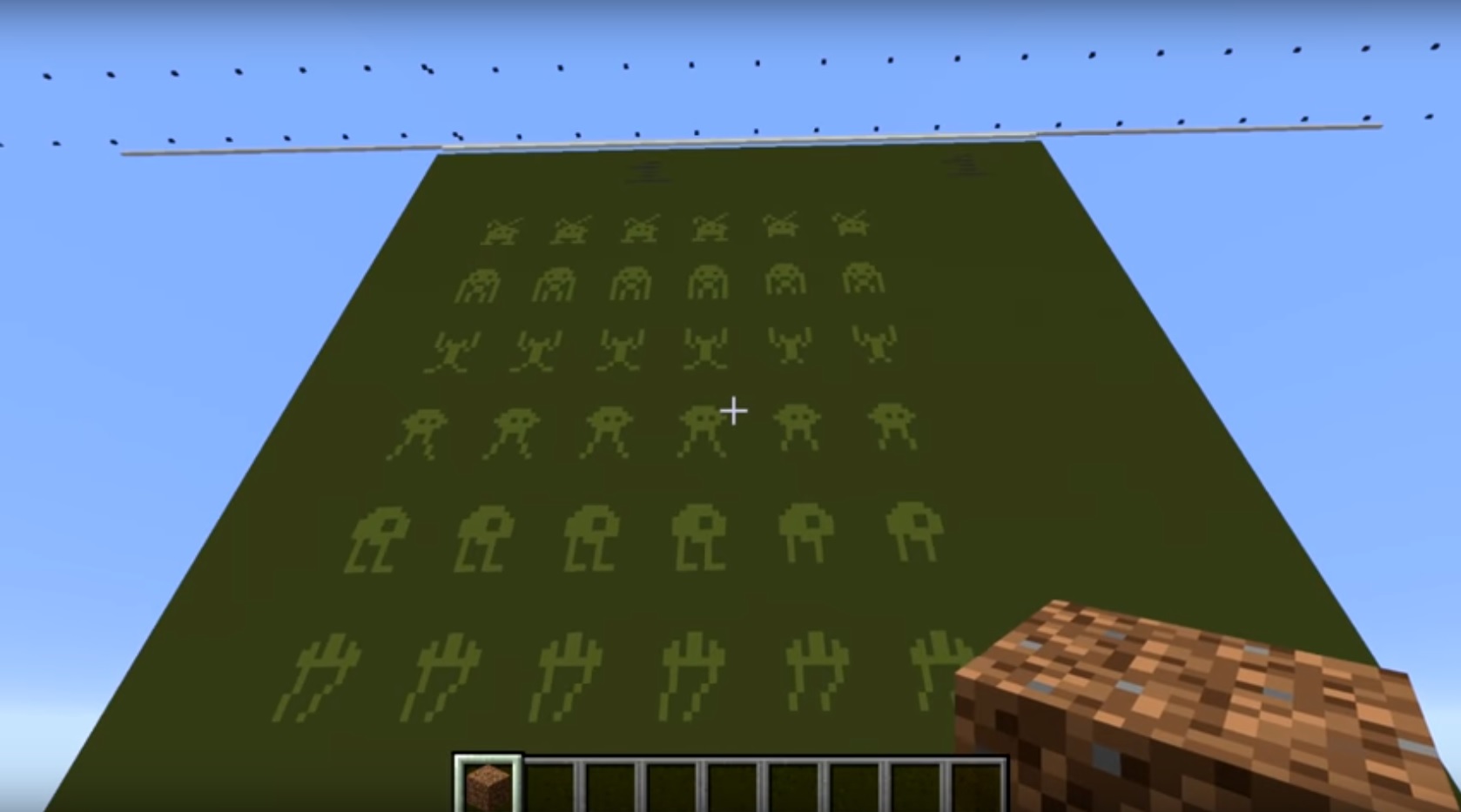 We’ve shown you some impressive Minecraft projects before, but this one takes things to a whole new level. Minecraft has been great for people who want to look backwards at the history of video games. It’s easy to go and build a sprite out of blocks, since they match up perfectly with the pixels all game characters used to be rendered with. YouTuber SethBling has gone several steps further though, creating a working Atari 2600 emulator in Minecraft‘s creative mode.

The emulator is an impressive technical feat that uses about 2000 command blocks and treats dirt blocks as zeroes, and stone as ones. It’s not quite the same as pulling out your dad’s old wood panel system and hooking it up, though; while an original Atari would render on a television at 60 frames per second, this one refreshes the screen 60 times in about four hours. There’s also no way to control the games yet, so all you can do is watch their attract mode. You can, however, alter the values for the data the emulator renders by manually replacing dirt with stone, or vice versa.

Seth’s included the ROM files for Space Invaders, Pac Man, and Donkey Kong. He says that any ROM that’s 4 Kilobytes can be imported, though he cautions that larger or smaller ROMs may not work. The emulation isn’t quite perfect, but the fact that it’s running at all is extremely impressive. If you’re interested, you can download the world to play around with the emulator yourself. There’s also a more technical version of the video above, with more information on how the project came together.

Seth, if you’re reading this, here’s a new challenge for you: try and get the original Dragon Quest up and running in Dragon Quest Builders.