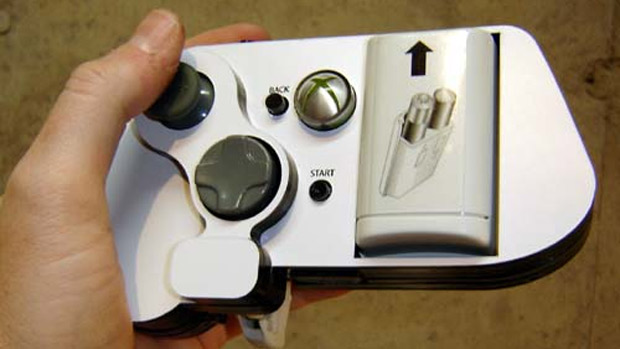 Stephen Ebert over at Humans Invent has written an interesting piece about games for disabled gamers, focusing on color blindness and highlighting a UK-based charity called SpecialEffect that helps children with disabilities play video games. Hollie Bennett also spoke with them last year during the Eurogamer Expo.

Although compatibility for color blind people (8% of men and 0.5 of women) is slowly getting traction within the game industry, a lot of gamers who simply can’t use ten fingers on a controller are still getting the shaft because of a general omission of controller customizability in console games.

SpecialEffect focuses on ways to allow people with certain disabilities to play games they ordinarily would not be able to, communicates which games are suitable in what ways through its Gamebase website, and runs roadshows across the UK. They also treat gaming as a form of therapy.

As the charity’s R&D coordinator Bill Donegan puts it: “People play video games for many different reasons: escapism, socialising or simply for fun… but if someone finds real-life recreation difficult or impossible, then access to video games can sometimes be the only way that they can play on a level playing field with their siblings, parents or friends.”

The charity also lends specialist hardware to those that need it, and works on technology like eye-control to allow a wider audience to play games. Donegan explains: “This equipment ranges from things like one-handed controllers to personalised setups, so people can play their Playstation, just by using their head.”

Besides offering a level playing field for all humans to interact with each other, (most) games are simply fun to play. But as several of our community members have pointed out in the Community Blogs, gaming still has a long way to go to be fully accessible to everyone who can afford it.

While I can imagine some publishers seeing full accessibilty features as something for a very niche target audience that they won’t make a profit on, considering the production costs involved for some of these features, they should not discard it altogether. At the very least, options for button mapping can’t cost that much to include in an options menu.

Publishers would also be wise to keep in mind that there are positive effects for their brand image when they do reach out and include features for things like customized color schemes and button layouts, similarly to how big brands sponsor charities and sports events to boost brand awareness. Since a typical AAA game’s marketing budget is huge already, perhaps it would even save them some money compared to traditional advertising avenues used to boost awareness about a title.

Either way, the Humans Invent article is a good read and you should read it. In the meantime, we have charities such as SpecialEffect, the Able Gamers foundation, and Ben Heck‘s contraptions to keep gamers involved in their favorite pastime.

Filed under... #Charity#Europe#Things gamers do