2:27 PM on 07.26.2011 (server time)    0
I'm not what you would call a hardcore gamer. I play the occasional game on my Mac and I played fairly many games on my Wii until I gave it away to my niece. In an attempt to rekindle my gamer heart, I recently bought a 3DS.

A problem of mine is my creepy ass hands. My left hand has four fingers, one of which is basically unusable, and my right hand has three. Just like Lady Gaga, I was born this way. I've gone through ten surgeries, just to keep my hands from falling apart and they still keep getting worse. Lifting heavy stuff is out of the question and I avoid repetitive manual labour.

Growing up, I played video games as much as possible. At first I mostly played on consoles, but when I was around nine my family bought a PC. Now I started playing games on PC, and without giving it much thought I always configured the keyboard settings in a way that was comfortable to my alien hands. 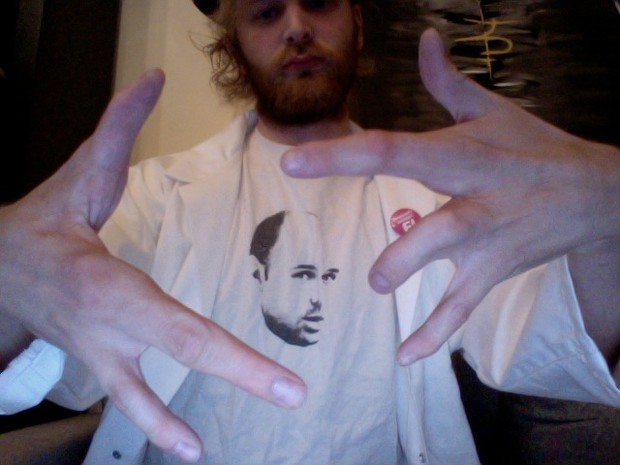 Am I doing gang signs? No, my hands are just naturally strange.

For Christmas 2006 my mom bought me a Wii. Without going in to details, I'd like to say that the motion controls made it easier for me and my weird hands to play games. But after a while, I came into contact with games that had button layouts that just didn't work that well for me.

It's the same with my 3DS now, some games just hurt my hands. And in most of them I can't change the layout. A recent example is Super Mario Land. Holding the B-button to run while using the A-button to jump hurts after a while. And even if the layout was perfect to start with, I get cramps from using the exact same layout for too long. In Ocarina of Time 3DS, for instance, I tend to switch between using the buttons and the touch screen to access items. The touch screen activated combos in Super Street Fighter IV are a Godsend, sure I like to be able to pull them off hardcore style as well, but being able to do it in two different ways really makes for a less repetitive and therefore less painful activity.

Not all gamers are the same, some of us have T-rex hands! I don't own any other consoles now so this goes out to Nintendo, but other people are free to listen as well: Will you please stop killing my hands? Make it so that I can change the button layout in EVERY game! It shouldn't be too difficult and it would really improve the gaming experience for me and other gamers with minor disabilities.
Login to vote this up!

Some people - well, actually most people if you wanna get technical - call me Jonas. I study theoretical physics at Lund University in Sweden and I'm focusing on bat flight at the moment. I don't play that many games, but I try to keep up with what's going on in the gaming realm.