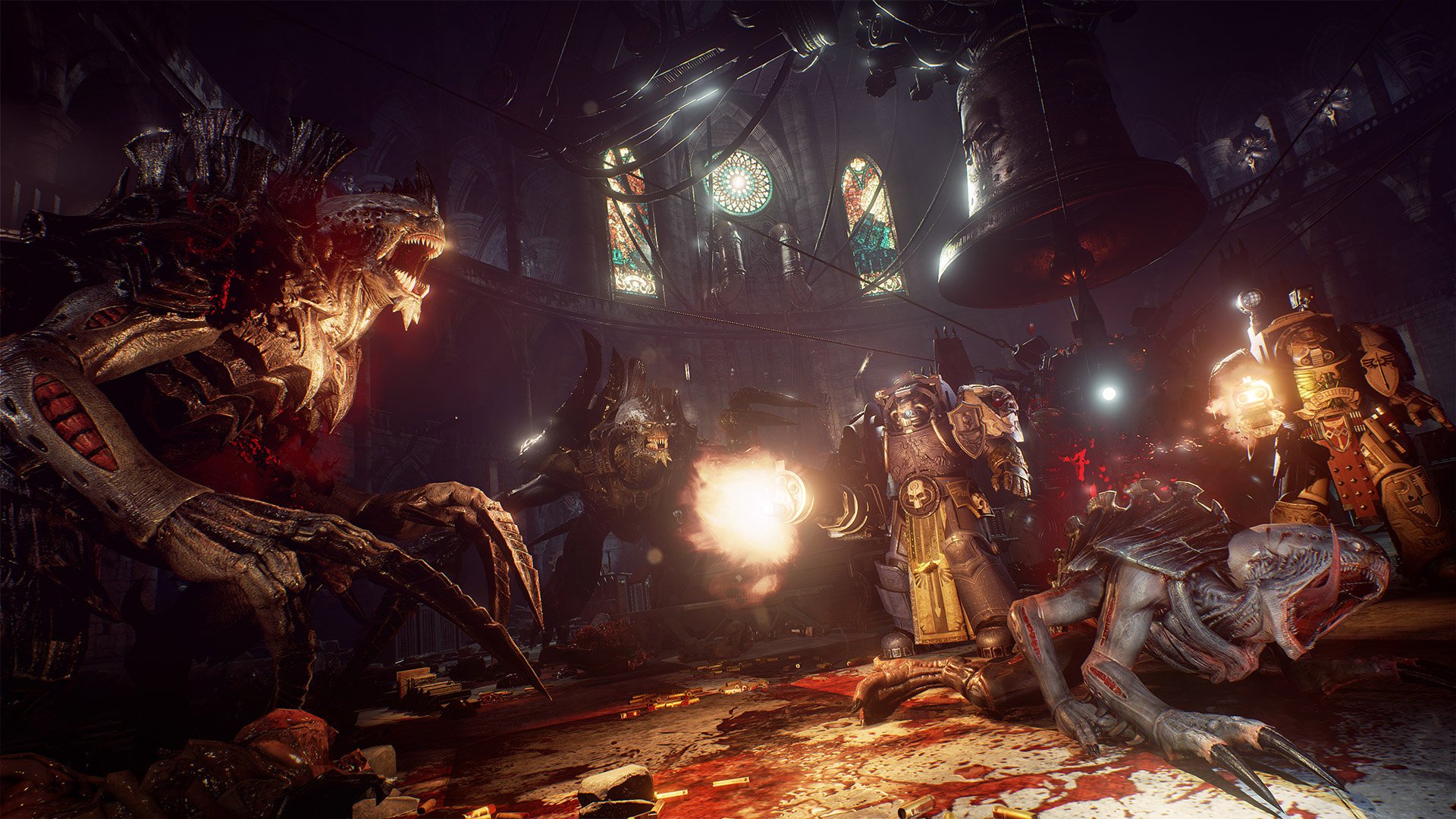 Streum On Studio is onto something cool with Space Hulk: Deathwing, its squad-based shooter adaptation of the Space Hulk board game. There’s a sense of weight and intimidation to the hulking Terminator armor that other games have sorely missed, and I love those sudden, surprising bursts of speed. And yes, it’s true: I’m also partial to a good Genestealer explosion. Lots of that here.

This extended footage comes after a recent beta, and right before the game’s rapidly-approaching PC release. “We haven’t been waiting until the end of the Beta to start fixing the issues you’ve reported and optimizing the game,” wrote the developers. “We’ve already made huge progress, and are dedicated to working around the clock until the last minute to make the Emperor proud of our game on December 9th! We’re aware that some of you have experienced major technical issues – it’s our number one priority to deliver a smooth experience at release.”

I doubt my PC will be able to handle this especially well (the game is running on Unreal Engine 4, for what that’s worth), but there are also Xbox One and PlayStation 4 ports coming as well.