Yesterday you had the opportunity to read my interview with Eric Lempel, Director of PlayStation Network Operations and Strategic Planning. Yes, I know that he isn’t exactly the biggest name in the company, but he’s pretty damn important. He helps decide how our content gets to us, so respect the man.

However, he wasn’t the only Sony exec I had the opportunity to speak to. I also spoke with John Koller, Director of Hardware Marketing. He’s one of the more important people behind the launch of the PSPgo, and he’s the man to go to when there is a question that needs to be answered. And so I did.

Follow the jump, and you’ll get some solid and interesting responses to some questions I asked, as well as the future directions in which Sony hopes to take the PSPgo and PSN. It’s an interesting side of the story we don’t normally get to see.

DESTRUCTOID: What does the PSPgo represent for Sony and the games industry in general?

That’s a really good question. For Sony, it represents the first step into an all-digital lifestyle. We certainly view physical goods as very important and will remain so, but we’ve seen the growth for digital — particularly for a consumer who values ease of use and not having to go to retail and being able to download their content at home. We think the PSPgo represents a step in the right direction. Also, for the industry in general, this is the first all-digital full game device.

You’ve seen a lot of other handheld manufacturers, Apple and some others, with the smaller bite-sized games, but there are no games like Gran Turismo and LittleBigPlanet that are coming to some of those other devices. It’s going to be a very interesting launch. I think as we go along, we’ll see this as a seminal moment. Consumers are starting to become much more digitally savvy; this is really the first big step.

What do you think is the biggest stumbling block for making an all-digital device, or for convincing people to get a device that is not going to play a disc, it’s going to play a game you download from PSN?

It’s really education, I don’t know how many times after E3 that I saw on blogs, “Well, I love the [PSP]go, it looks nice and portable, but where do I put my disc?” That just kind of rubs me up the wall [laughs], and I go, “This is an all-digital device, and it’s centered around digital.” Education is where a lot of our marketing efforts are going. I think we are going to have to continue that, not just now, but all the way through launch, an probably beyond, as we continue to push the PlayStation Network as a center of a lot of things we do. 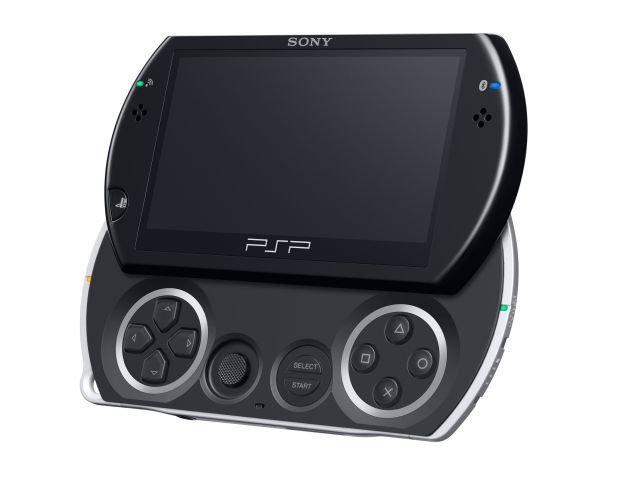 Do you think for the next cycle of consoles and handhelds, we will see something that is specifically and only digital distribution, or is media going to be around for a while longer?

I think that the digital lifestyle is going to grow considerably; I’m not seeing any signs anywhere else that anyone is going to go down this road. I think we’ve taken the first and only step right now. I think the success with [PSP]go is going to dictate a lot of decisions in the industry. I think the way that content is delivered is changing. We did a study last year, and 1 percent of consumers said they were interested in digital. This was April 2008. Now it’s up to 26 to 30 percent. That’s in 12 months time. If you continue that growth curve, you are looking at a considerable amount of consumers that are saying, “I’d much rather stay at home and download then go to the store.”

How long has the PSPgo been in development?

It’s been in development for a few years now. We started started seeing signs of the digital lifestyle in  2005/2006, right after we finished launching the PSP-1000, actually. We started looking at ways we could build an all-digital device, but build it around the screen. If you take a look at the [PSP]go, you’ll notice that when it is in closed-mode, it’s almost all screen. That’s by design. That’s really the goal.

Some news got out today with regards to the Minis, and there is not a lot of clarity on it. I’ve heard that those games cannot have multiplayer, they cannot have updates. What’s the situation with the Minis?

So we’ve intentionally not placed a lot of rules around Minis. The goal on the Minis is to allow developers to make games, smaller snack-sized games, that are amenable to them in ways that they see are not full games, but are snack-sized and fit a certain type of consumer. We think that the Minis will certainly appeal to our core PSP consumer, but there’s going to be a lot more of the younger and female consumers that will jump in with Minis, particularly with what we are seeing coming down the horizon. There’s not a lot of restrictions on the Minis. We want to make sure it is an open environment.

So there will be multiplayer games with the Minis?

You know, I can’t confirm that yet. I mean, we’re going to have to look at the full lineup, but I think that the broadest way to say it is we are trying not to restrict. I think that is probably the safest answer. 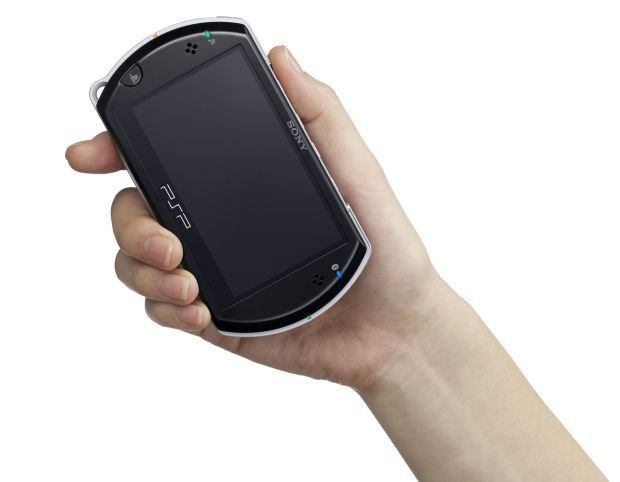 Will we see those games on the PlayStation 3?

It’s possible, I think you’ve probably heard from our Sony Europe guys recently, where they said it is possible to bring these games to the PS3. Our focus is the PSP, though. It’s really because those types of games are preferred by the handheld consumer. That is the type of consumer we want to appeal to first. We’ll look to other efforts and consoles down the line.

I want to thank you for talking to me today about the PSPgo. Do you have anything else you’d like to say to our readership about  this handheld and what they should look forward to?

I think that most of your readers will probably be ones in line to pick up a PSPgo, so thank you to all of you first. Secondly, I think they will be very happy with the lineup. We’ve been working really hard on the back catalog of UMD titles and converting them to the PlayStation Network. For the last year, two years, there hasn’t been as much on the Network for PSP owners. That’s about to change with a big tidal wave of content. There’s a lot to look forward to.

Awesome, well thank you very much, and I appreciate you for talking with me.

[Editor’s note: Interesting read, huh? I’ll bet you’ll notice that I asked many of the same questions as I did Lempel. It’s actually pretty interesting to compare the two responses between these men, and see what sort of future the PSPgo has in store for Sony. Especially take note with regards to my question as to whether multiplayer games will come to PSP Minis, compared to Lempel’s. Interesting, no? As a matter of fact, that whole interview is fascinating when comparing these two. Check it out here.]