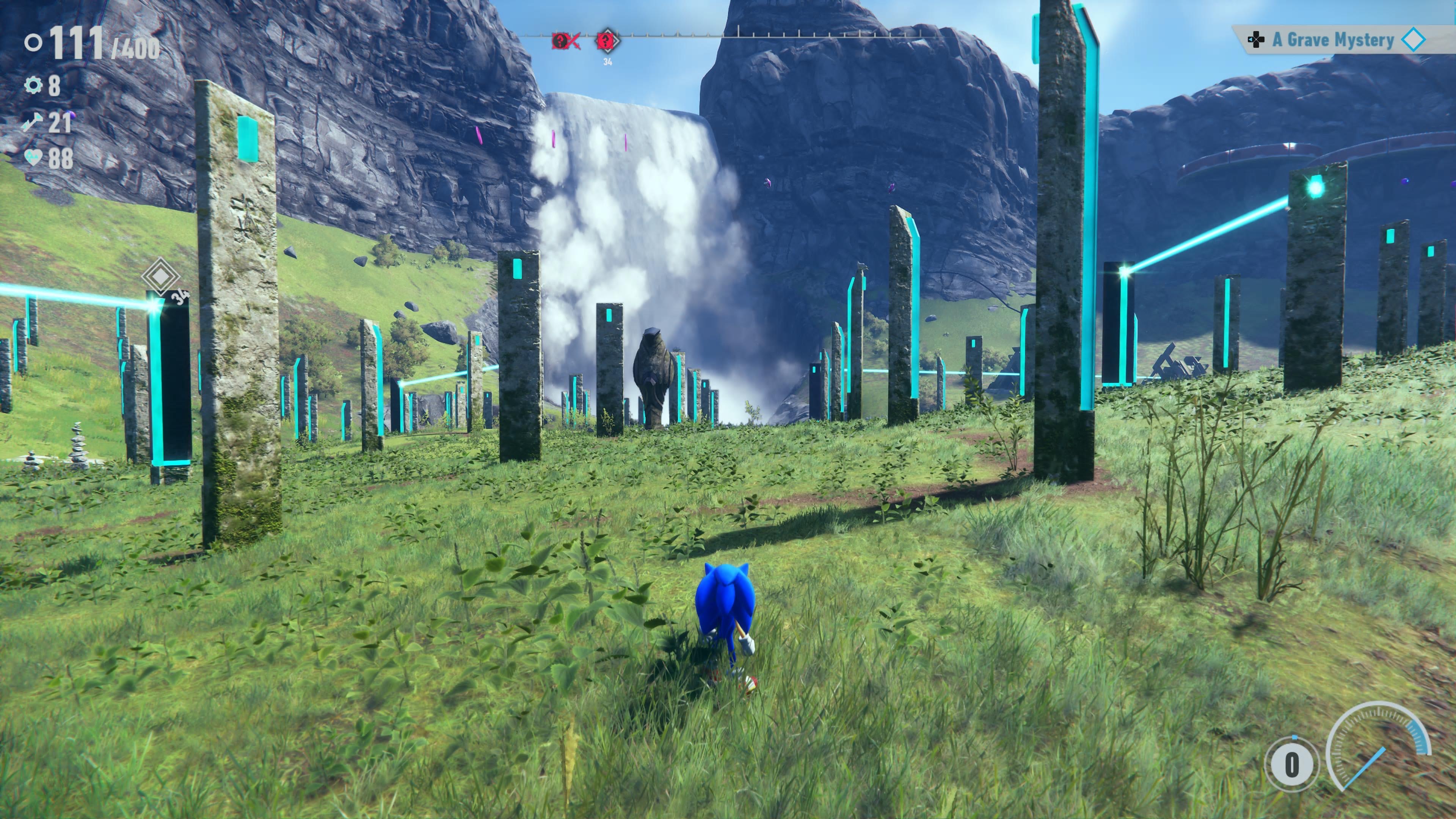 Sonic Frontiers isn’t just a level-based 3D Sonic game: it also has a number of open world puzzles to solve. Now, most of said puzzles are pretty simplistic in nature, and are akin to time trials or small little trials that take hardly any time to figure out. “A Grave Mystery” on the other hand is a story-required puzzle that might stump you, so here’s a quick guide.

The game kind of just throws you into the deep end with this, and assumes you have some prior knowledge of video game light reflection puzzles: which isn’t always the case. With that said, this is thankfully on the easier side, and shouldn’t interfere with your ability to go fast that much. Your goal is to have the lights reflect on the beaten path on the ground, and ultimately light up the statue in the middle.

To do this, you’ll need to swap between pillars (which are creating beams of light) and aim them in different directions. When moving a pillar, another one moves as well, so you need to make sure everything is lining up all at once. Start from the left, move the pillar into the path of the dirt, then swap to the second one, and adjust the third. Remember that not every pillar needs to be beamed into the statue: just the one at the end of the path. Work on making all of the pillars that are on the path light up and you’ll be good to go.

If you just want to check out the final solution and replicate it, you can look at our third screenshot in the gallery below.