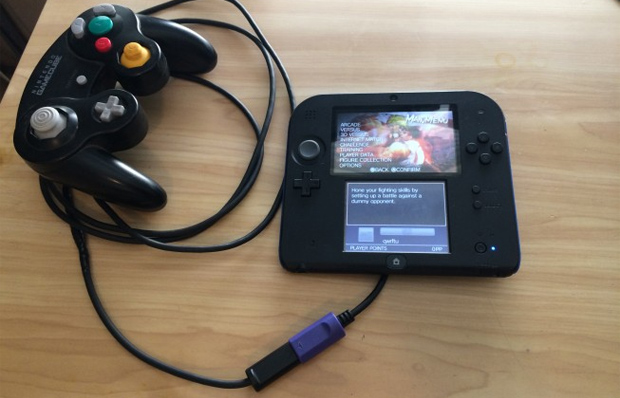 Well, 2DS, if you want to be exact

A guy by the name of Loopy previously came out with video capture boards for 3DS, and now he’s back with another cool project: a GameCube controller adapter. Why? Because he can. Here’s a demonstration of Super Street Fighter IV: 3D Edition played on a 2DS unit using the mod.

I think I’ll be set with Nintendo’s official GameCube controller adapter for Wii U — not that I have a choice in the matter. “Selling [the adapter] is probably not worth the trouble,” said Loopy. “Installing it isn’t simple and I wouldn’t want to deal with all the botched installs.”

Not so pretty from the back.

Filed under... #Controllers#GameCube#Hardware#Mods#Things gamers do