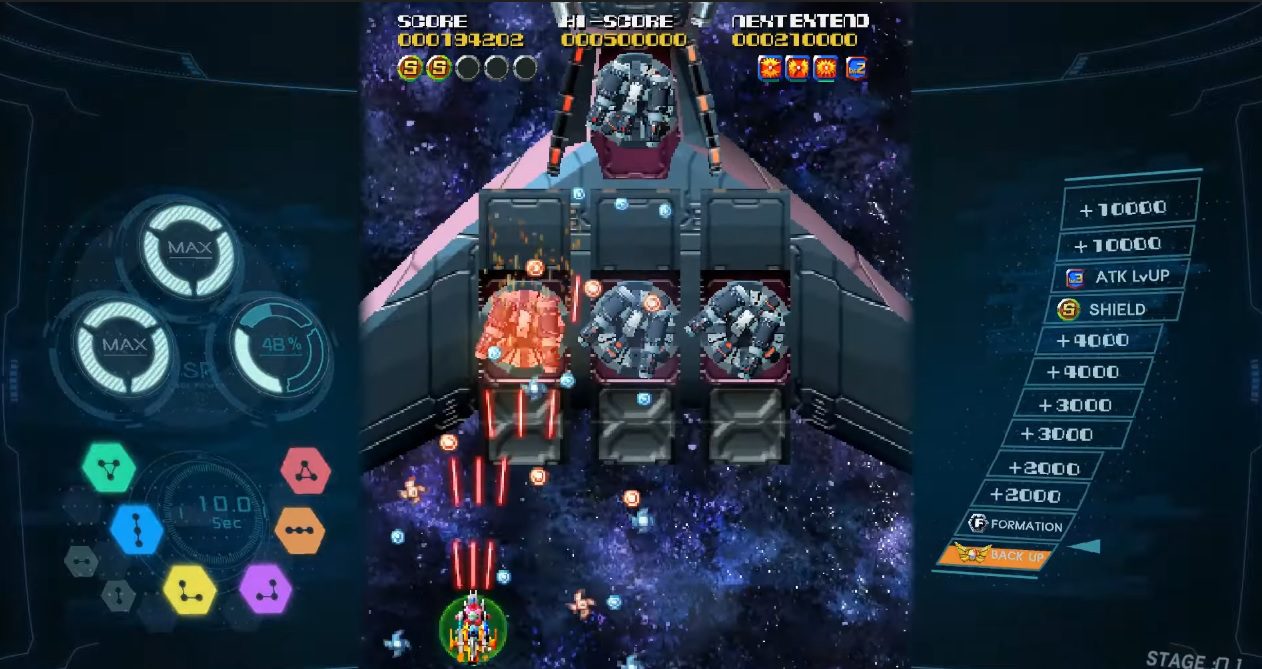 Sol Cresta, the sequel to 1980s arcade classics Moon Cresta and Terra Cresta, began life as a mere April Fools’ Day joke back in the spring of 2020. However, following fans’ appreciation of the title’s potential, the vertically scrolling shmup sequel was eventually confirmed as an official, upcoming PlatinumGames release — with the studio having released several flashy trailers of the old-school/nu-school title in action in recent months.

The new sequel will see the mighty Yamato space vessel take to the skies once again, battling against the forces of Mega Zohar as it procedurally swallows up entire regions of the galaxy. With humanity currently hidden away on planet Neptune, and the threat of galactic civilization under threat, it will be the duty of the Yamato and its pilot to make one last assault on the Mega Zohar forces, lest the last flicker of mankind is snuffed out like a candle.

We’ll be sure to let you know when the new release date is announced. The title already looks very cool and should definitely prove worth the wait. Sol Cresta is currently in development for PS4, PC, and Nintendo Switch.