Aliens: Colonial Marines has turned out to be more than just a bad game. It’s a confusing story of allegations, outsourcing, and potential deception on a considerable level. The biggest mystery to come out of this debacle is the question of who actually made the game. Nobody’s entirely sure.

It was rumored Gearbox outsourced development of at least the campaign to TimeGate Studios, a claim SEGA itself denied. However, with TimeGate, Demiurge, and Nerve Software all credited as having a hand in the project, this situation is as clear as a cracked window covered in black paint.

Then there’s a Reddit post by an anonymous writer who claims to be an ex-Gearbox developer, and a followup post from a self-titled TimeGate employee. These two posts really throw a wrench in the works.

Here’s a rundown of everything that’s happened so far! 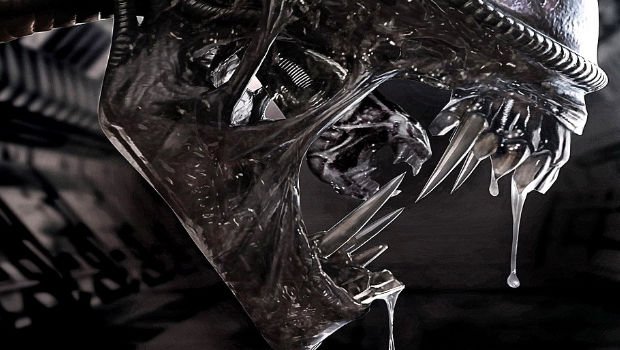 In 2012, an anonymous writer claiming to be a former Gearbox worker posted on TexAGs.com message board to reveal the Colonial Marines campaign had been outsourced to TimeGate. According to the early allegation, dug up recently by Superannuation, Gearbox had refocused itself toward multiplayer a long time ago.

Hate to say it, but I wouldn’t get your hopes up too high for Colonial Marines. I used to work at Gearbox, and the development of that game has been a total train wreck, going on what, 6 years now? Gearbox isn’t even making the game, except for the multiplayer. Primary development was outsourced to TimeGate Studios, which has a less than stellar past.

I hope it proves me wrong, as I still have alot of friends still working at Gearbox, but I am expecting it to be average at best.

While the comment went unnoticed at the time, its resurfacing seemed to explain a lot.

Dark Side of Gaming ran a story in which a SEGA rep was quoted as denying the outsourcing of Colonial Marines. According to Matthew J. Powers, the other studios involved in production merely “helped” Gearbox as it worked on both the solo and multiplayer portions.

Absolutely not, the game has been developed by Gearbox Software. Other studios [like Timegate] helped Gearbox on the production of single and multiplayer.

Of course, as the story developed, it became wholly likely that not even SEGA knows who did what.

Randy Pitchford tells IGN TimeGate made up to 25% of A:CM

A recently published IGN interview with Randy Pitchford, put out just before the controversy began, had the Gearbox CEO claim TimeGate helped with maybe a quarter of Colonial Marines. He said the studio was just as much a collaborator on the project if you took all of Gearbox’s preproduction work out of the equation.

The interview also broke down the contributions from other studios. According to Pitchford, Demiurge helped Gearbox with networking and multiplayer options, while Nerve designed the multiplayer maps. Pitchford presented all this as Gearbox wanting to give customers more for their money, packing in more content rather than selling it as DLC.

Things got really interesting once an alleged developer took to Reddit and revealed some shocking, if true, details about A:CM‘s development. It’s a story that involves Gearbox dicking SEGA around, pushing off its campaign to TimeGate, favoring Borderlands 2 over Aliens, and rushing at the last minute to fix an utterly broken, serviceable game. It’s juicy stuff.

First off, due to me breaking NDA, I can’t provide any proof that I’m not just talking out of my ass. But I figure you’d be interested in hearing what I have to say regardless. I’ve been on the project for around a year and a half, so some of the following are things I’ve heard from more senior guys.

Pecan (the internal codename for ACM) has a pretty long history. SEGA, GBX and 20th Century FOX came to an agreement to produce an Aliens game around 6 years ago, after which SEGA almost immediately announced it, long before Pecan had even started production. The game has been in active development in the past, only to be shelved in favor of another project (Borderlands, Duke, etc), and each time it was resumed it would undergo a major content overhaul.

SEGA, naturally, wasn’t super pleased about the delays, but GBX got away with it for a long time and the contract between SEGA and GBX kept getting augmented to push the projected release further and further back. The last time it was resumed, GBX outsourced a good portion of the game to outside companies. Initially, the plan was for TimeGate to take the majority of campaign, GBX would take MP, Demiurge and Nerve would handle DLC and various other focused tasks. This decision was made mostly so that most of the developers at GBX could continue working on Borderlands 2, while a small group of LDs, coders and designers dealt with Pecan.

Somehow the schedules for Pecan and Borderlands 2 managed to line up and GBX realized that there was no fucking way they could cert and ship two titles at the same time. Additionally, campaign (which was being developed by TimeGate) was extremely far behind, even as Pecan’s Beta deadline got closer and closer. In April or May (can’t remember which), Pecan was supposed to hit beta, but GBX instead came to an agreement with SEGA that they would push the release date back one more time, buying GBX around 9 mos extension.

About 5 of those 9 months went to shipping BL2. In that time, TimeGate managed to scrap together 85% of the campaign, but once Borderlands 2 shipped and GBX turned its attention to Pecan, it became pretty apparent that what had been made was in a pretty horrid state. Campaign didn’t make much sense, the boss fights weren’t implemented, PS3 was way over memory, etcetcetc. GBX was pretty unhappy with TG’s work, and some of Campaign maps were just completely redesigned from scratch. There were some last minute feature requests, most notably female marines, and the general consensus among GBX devs was that there was no way this game was going to be good by ship. There just wasn’t enough time.

Considering that SEGA was pretty close to taking legal action against GBX, asking for an extension wasn’t an option, and so Pecan crash-landed through certification and shipping. Features that were planned were oversimplified, or shoved in (a good example of this are challenges, which are in an incredibly illogical order). Issues that didn’t cause 100% blockers were generally ignored, with the exception of absolutely horrible problems. This isn’t because GBX didn’t care, mind you. At a certain point, they couldn’t risk changing ANYTHING that might cause them to fail certification or break some other system. And so, the product you see is what you get.

Beyond gameplay, the story has been raised as an issue several times. I can’t really comment without feeling bad beyond saying that the script was approved by 20th Century FOX, and that the rush to throw a playable product together came at the cost of the story. Campaign does a pretty bad job of explaining a lot of the questions raised at the start of the game, and so hopefully there will be DLC to flesh that out a bit better.

I’ll answer some questions, but I have to run soon, so it may take a while for responses.

The original Reddit poster would later be responded to by a different anonymous user, this one claiming to be in the employ of TimeGate. Defending his studio against implications of laziness, the poster said Colonial Marines‘ campaign turned out so badly thanks to terrible supervision from Gearbox.

Just to clarify, Everything Timegate did was under clear and explicit direction from Gearbox. Gearbox had creative control of everything that occurred at TG. In addition, Gearbox was responsible for firing some of the most talented people (and internationally recognized as such) TG had employed, all of which were snatched up immediately by competitors. It was Gearbox’s shitty oversight of the project that led to the product you all now have before you. I wouldn’t expect you to understand, considering you’re probably some QA who has no idea what goes on outside of his department. But TG had absolutely no control of what was produced, they did exactly what they were asked to. You should be furious with Gearbox for assigning such shit quality creative directors to the project.

According to another anonymous poster, the game’s ever-changing story didn’t help TimeGate either.

The script was rewritten too many times.

Demiurge working on Wii U version, now rumored to be indefinitely delayed

The final chapter in the story so far places Demiurge as the studio behind the Wii U version of the game, with Kotaku alleging an indefinite delay on the upcoming release. Writer Jason Schierer made the claim, though notes it’s not confirmed.

We heard from a tipster about a month ago that the Wii U version had been “postponed indefinitely.” We reached out to Sega, and they denied it. I’ll let you guys fill in the blanks there. 🙂

And that’s us up to speed on the Aliens: Colonial Marines story so far. Personal feelings on the game aside, it’s one hell of a story, and I think that, when/if the truth finally outs, it’ll make for some fascinating reading. It’s already quite engrossing with just what we have!