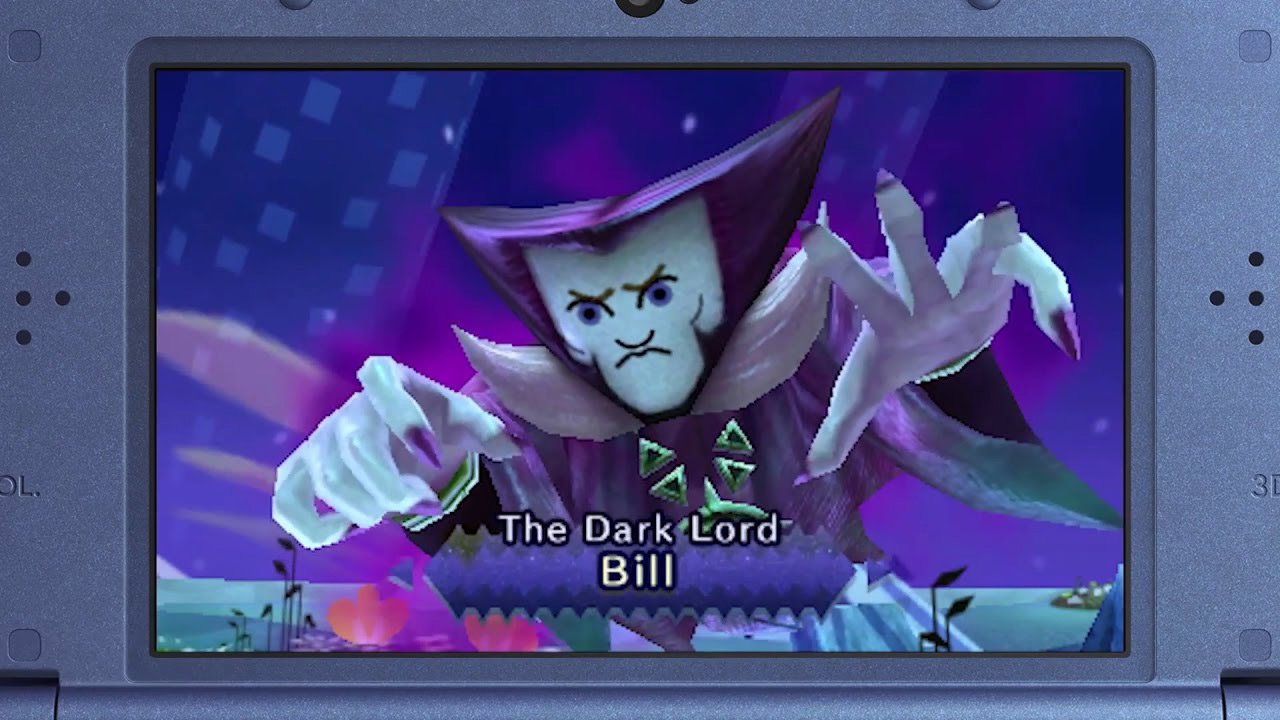 The 3DS’s days may be numbered, but the plucky little handheld isn’t ready to call it quits just yet. Today it’s seeing the release of two new first-party games in Hey! Pikmin and Miitopia. Both are cute, late-in-the-game entries to the 3DS library that hopefully won’t be too ignored. I spent more than three dozen hours in the world of Miitopia and found myself smiling through much of it. It’s weird, it’s quirky, and it has a charm all its own. And then it ends, concluding in a way that left me in disbelief after such a delightful jaunt through its world.

Heed this warning: I am about to spoil the ending of Miitopia, a game that just came out. If you are playing it for yourself, look away. In fact, go get one of those Eternal Sunshine of the Spotless Mind machines to wipe your memory of ever clicking this link.

Throughout the 30 or so hours in the story of Miitopia, the Dark Lord be snatching faces. Every town I visit is eventually targeted by the villain and I am asked to retrieve their faces from his minions. It’s important to note that everyone in this game is asking for their face back. They like their face, they love how they look, and they want to keep on looking that way. I abide by their requests and set off to beat down Dark Lord’s army to retrieve these faces.

At the end of the game, it is me and my team standing toe-to-toe with the Darkest Lord, the final evolution of the creature. It’s not a difficult battle, but it’s the longest and most engaging in the entire campaign. After I strike the final blow, the Great Sage, a key player in this ordeal, gives me some backstory on this corrupted foe.

The Dark Lord wasn’t always dark. He used to be a normal human who was sad and lonely because he had no friends. The game makes the point of showing people walk away from him as he wonders why nobody will even notice him. Looking at his reflection in a mirror, he decides it must be his face. He thinks it is what drives people away from him. We’re never actually told why he has no friends or what type of person he is. Perhaps he’s just an asshole. Who knows? It’s only said he blames his face for his depressing, friendless existence. So, like Nicolas Cage, he takes his face off. In time he becomes dark, bitter, vengeful, and full of hate; transforming into a soul filled with rage that possesses whoever you decide is the Dark Lord at the beginning of the game.

That is the story of the Dark Lord and it’s an injection of gloom the rest of my quest had been free from to this point. Perhaps I am looking too much into this. It’s possible I’m putting too many of my own issues into this reading of it. Perhaps I am interpreting this in a way unintended by developers and localization team. But I look at this ending and see a game that decided a loner with self-esteem issues should be the villain. Because that’s what the Dark Lord is when you boil it down. He is a depressed person with social and personal issues. It’s jarring because he is the only person in the game who exhibits these characteristics and he alone is the bad guy. Everyone else is happy, timid, shy, lazy, or some other socially acceptable emotion or trait. What is Nintendo telling me when it makes the only character with self-esteem issues the villain of this game?

I understand how a person having no friends and slowly getting angry at the world can make for a compelling adversary or a ridiculously sad Twitter troll, but Miitopia fails to provide a valuable moral in its story. Because once I defeat the Dark Lord, he’s not dead. I’m able to break this curse and return him to human form. Here’s the kicker: he can be a person again, but I have to give him a brand new face.

I just spent more than two dozen hours adventuring around, helping people find their faces. No matter what they looked like, and there are some uggos in my game, they got back their original face because that is who they are. That is how they were created and how they are supposed to be. If I could just assign any face I wanted to all these people there would be no point in this adventure and also everyone would look like Quagmire. But it was pertinent I find their original face, because it shouldn’t matter what they look like, they should be happy with who they are.

But not the Dark Lord. After his reign of terror, caused by the rejection he felt from those around who refused to be his friend and blamed on his perfectly normal face, his resolution is to completely change his look. I pick his new face and his name because he shouldn’t decide who he is, I should. Even if I make him look like a constipated Wario, his appearance is dictated by the preference of others, which is a terrible fucking lesson to teach.

Had this story instead ended with me searching for the Dark Lord’s original face, the same way I adventured to retrieve all the other missing faces and everybody sees him and comments what an awesome face it is, it would have fit right in with the rest of my quest. That would be real redemption for this sad and lonely character. Instead, Miitopia has an ending that never really considers what it is saying about this character and people in the real world who may identify with them.