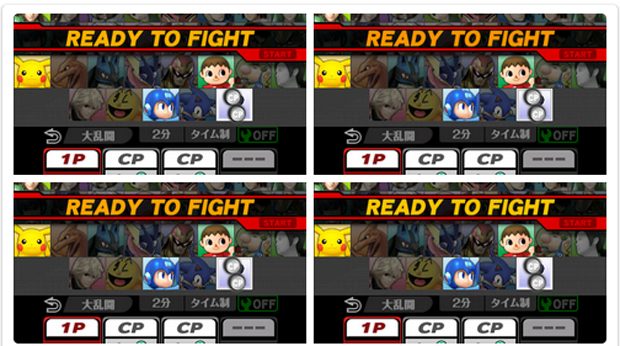 Super Smash Bros for the 3DS releases this Friday in Japan. Hordes of Smash Bros fans have already blocked off their weekends to play, stream, and discuss the game to their hearts content. We’ve even got Smash Bros. E3 tournament champion Gonzalo Barrios on Sup Holmes this Sunday to help celebrate. He’s streaming the demo right now.

Yep, in a move that is growing more and more typical of Nintendo these days, a surprise demo for the game just popped up on the Japanese 3DS eShop. Only five characters are available. Sort of skimpy, but we do get a look at what’s probably the full game’s initial roster and some of the alternate costumes and color schemes for each character.

Lets hope this demo gets out of Japan soon.