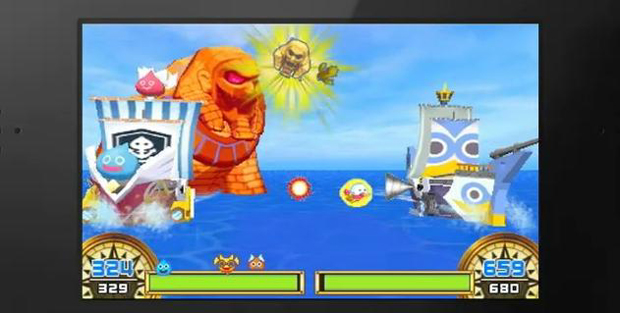 Slime Mori Mori Dragon Quest 3 has made a welcome appearance again as it gears up for release on November 2. These particular Dragon Quest spin-off games are overhead action platformers starring the classic RPG enemy as heroes of their own tale. The latest of these light-hearted adventures sees the hero slime ‘Rocket’ stretching about caves, throwing monsters on conveyer belts and shooting himself out of cannons.

He also gets up to some mischief on the high seas. Replacing the tank battles from Dragon Quest Heroes: Rocket Slime are pirate ship battles. You engage opponent galleons and try to sink them by firing a myriad of projectiles through their hull. According to the trailer you’re also sometimes attacked by a giant sphinx. Be sure to check out the gallery and trailer for more incredibly charming artwork. Another spin-off, Dragon Quest Monsters: Joker 2 is out on DS September 19.